THE man who coerced some of the world's biggest music acts to perform in a tiny church in Dingle has  been tasked with putting on a London display of Irish music and culture fit for royalty.

Philip King will coordinate the now sold-out concert for President Higgins at the Royal Albert Hall during his State visit in April, The Irish Post can reveal.

The Cork producer currently presents the RTÉ radio 1 music programme South Wind Blows, but is best known as the driving force behind Other Voices, a long-running music show on RTÉ television.

The show has seen huge international stars such as Amy Winehouse, Snow Patrol and Elbow, travel to south Co Kerry to perform in Dingle's tiny St James Church, which has a capacity of just 85 people.

King -  who is also a musician, broadcaster and founding member of the band Scullion - will now be using all of his persuasive powers to bring the best display of Irish music and culture  for the April 10 concert, Ceiliúradh, which is being organised by his Dublin-based company South Wind Blows.

Although the finalised list of artists appearing at the Albert Hall has yet to be released, it is expected that the concert will be aired live on RTÉ Radio.

A spokesperson for South Wind Blows told The Irish Post: "We are currently in discussions with RTÉ about broadcasting the concert. That and the line-up is being co-ordinated with the Irish Embassy in London and will be released shortly." 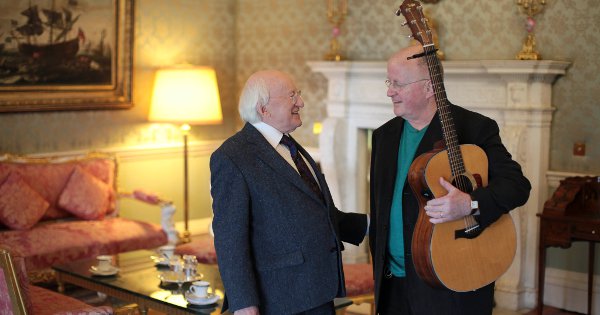 President Higgins and Christy Moore in Áras an Uachtaráin at the filming of King's programme Glaoch – The President’s Call.

And while producers are remaining tip-lipped about who will feature on the bill, it is expected that King – who was nominated for a Grammy Award in 1993 for his documentary Rocky World about Canadian musician Daniel Lanois - will draw on the talents of a number of artists he has previously worked with.

The hour-long documentary, which was broadcast on St Patrick’s Day, included performances from Christy Moore, Glen Hansard, Roisin Ó, Lisa Hannigan, Martin Hayes, The Script and Imelda May as well as conversations with well-known figures such as Bono and the late Seamus Heaney.

At least some of these artists are believed to have been ear-marked for the President’s concert in the Royal Albert Hall. 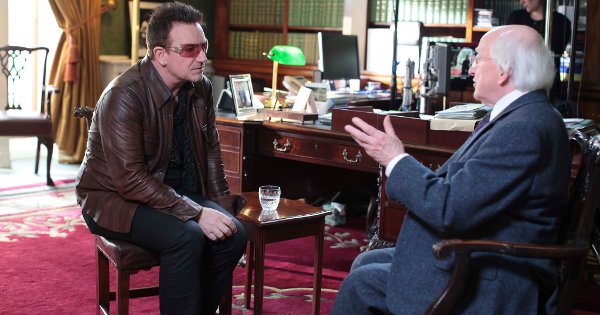 Speaking about the project at the time President Higgins said: “Throughout our history, literature, music and art have been a source of great strength, have helped us cope with adversity, have not only soothed the loss which they described so well but also opened the space for new possibilities of renewal and change and created joy. “

Established in 2006, King’s company also draws on the services of Nuala O'Connor and Tina Moran, who have impressive experience in music promotion, programme production and concert management.

King, a member of the Arts Council of Ireland, is also the maker of acclaimed television programmes on Irish music including Other Voices.

He has produced the Irish Film & Television Award-winning film John McGahern – A Life, and produced Thomas Moore – One Faithful Harp for RTÉ television.

In 1998 his directed and produced a film celebrating the poet and piper Seamus Heaney and Liam O'Flynn for BBC television called Keeping Time.