JOE BIDEN has been warned to "stay out of Ireland" by Piers Morgan ahead of the president's first trip abroad since being sworn into office.

Biden flew into the UK today to attend the G7 summit in Cornwall, where world leaders will discuss the state of the world, in what will be the first major meeting of nations since the outbreak of Covid-19.

In an article for the Daily Mail on Wednesday, Morgan offered up some advice for president's visit, telling the 78-year-old not to "spew any woke nonsense" during the summit, saying that no one wants be lectured about trans athletes or about how awful Winston Churchill is.

"We definitely don't want to hear any presidential lectures about this summit being a great step forward for 'Peoplekind', or why it's great that the imminent Olympic Games in Japan will see the first transgender athlete compete (New Zealand weightlifter Laurel Hubbard, who used to compete as a man but will now compete, very unfairly, as a woman)," Morgan wrote.

"And if Usain Bolt and Floyd Mayweather want to suddenly identify as women too then of course they should be allowed to race and fight against women born to female biological bodies. 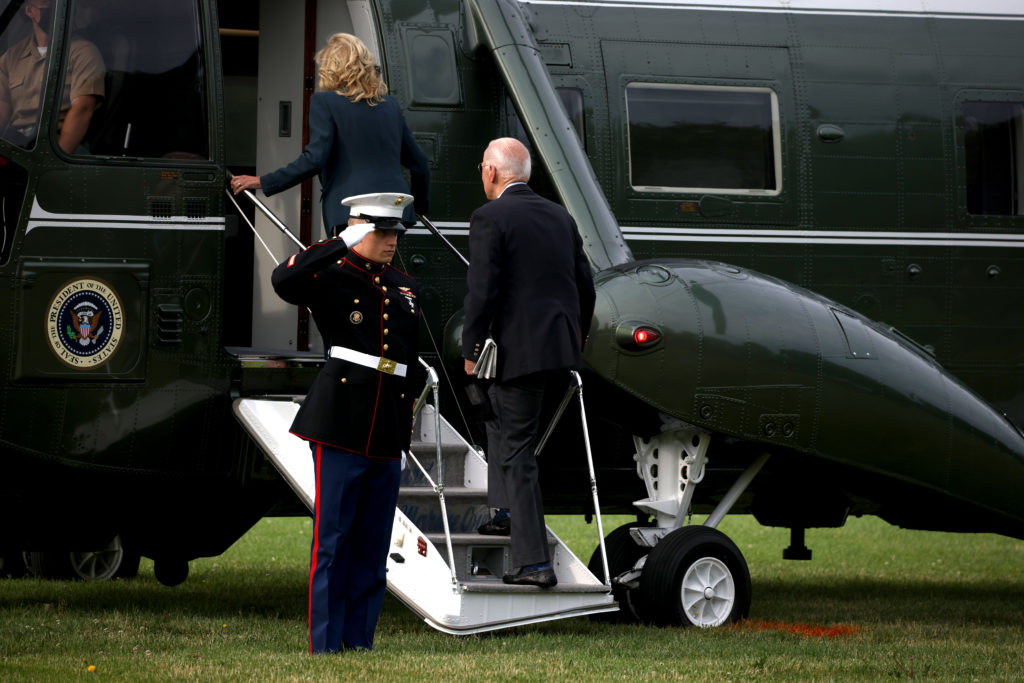 WASHINGTON, DC - JUNE 09: U.S. President Joe Biden and First Lady Jill Biden board Marine One on The Ellipse near the White House on June 09, 2021 in Washington, DC. President Joe Biden and the first lady are traveling to the United Kingdom for the G7 Summit and will later travel to Belgium and Switzerland, as part of an eight day trip through Europe. (Photo by Anna Moneymaker/Getty Images)

He also told Biden to stay out of Ireland, amid rumours the president is planning to visit the Emerald Isle in the coming months.

"I know, I know, you've got Irish roots ... God knows you bang on about it enough," wrote Morgan.

"But when you were asked by a reporter, 'Mr Biden, a quick word for the BBC?' and you responded, 'I'm Irish', its very clear where your priorities lie.

"And its the very last thing that Britain needs right now as it emerges from the bitter wreckage of the Brexit battle, an American president poking his meddling Remainer nose into the situation.

"And I say this as a man with Irish roots myself.

"Your job is to calm the temperature of EU-Britain relations, not inflame them further by barking out orders that anger the victorious Brexiteers who will rightly say that the whole point of leaving the EU was to stop foreign powers bossing us around and telling us what to do."

Morgan also reminded Biden not to bring up the fact that he openly supported Meghan Markle when he meets the Queen, to stick it to China on Covid-19, and to avoid vegan Cornish pasties at all costs.