BORIS JOHNSON has urged the world to be "more gender-neutral" and "more feminine" during an eyebrow-raising opening statement at the G7 Summit today.

The British Prime Minister spoke to his fellow world leaders about the importance of being on the same page as we emerge from the Covid-19 pandemic.

He added that the world needs to be "united in our vision for a cleaner, greener world".

"I think that is what the people of our countries now want us to focus on," Johnson said.

"They want us to be sure that we are beating the pandemic together and discussing how we will never have a repeat of what we have seen but also that we are building back better together. 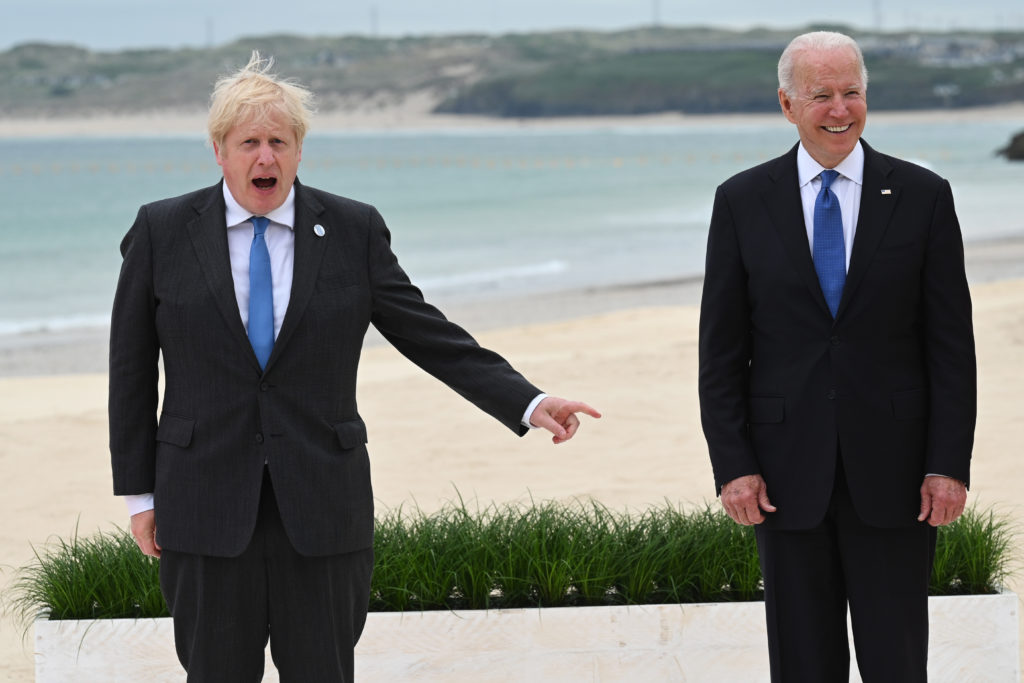 Johnson joined the likes of US president Joe Biden, German Chancellor Angela Merkel and French leader Emmanuel Macron at the summit, and was later joined by members of the British Royal Family.

Tensions over post-Brexit rules for Northern Ireland threatened to overshadow the summit, particularly after Mr Macron demanded "pragmatism" on the arrangements amid fears the trade rules are fuelling sectarian tensions.

Johnson and Biden insisted they were in "complete harmony" last night, as they tried to sweep rumours of an explosive diplomatic exchange about the issue under the carpet.

Following a face-to-face meeting between the two, Johnson insisted that he and Mr Biden shared "common ground" over maintaining peace on the island of Ireland and the Good Friday Agreement.