AN investigation has been launched after an Air China jet plummeted over 20,000ft when smoke from a pilot's e-cigarette entered the cabin.

Air China flight CA106 was flying to Dalian in northeast China on Tuesday when it dropped from 35,000ft to about 14,000ft, according to the flight tracking site FlightAware.

The Boeing 737 aircraft, which had departed Hong Kong 30 minutes previously, was carrying 153 passengers and nine crew members at the time.

A co-pilot attempted to vape in the cockpit shortly before the incident, Chinese authorities confirmed.

He then mistakenly switched off the air-conditioning unit while attempting to turn on air-recycling fans - causing an alarm to sound when smoke leaked into the cabin and oxygen levels plunged. 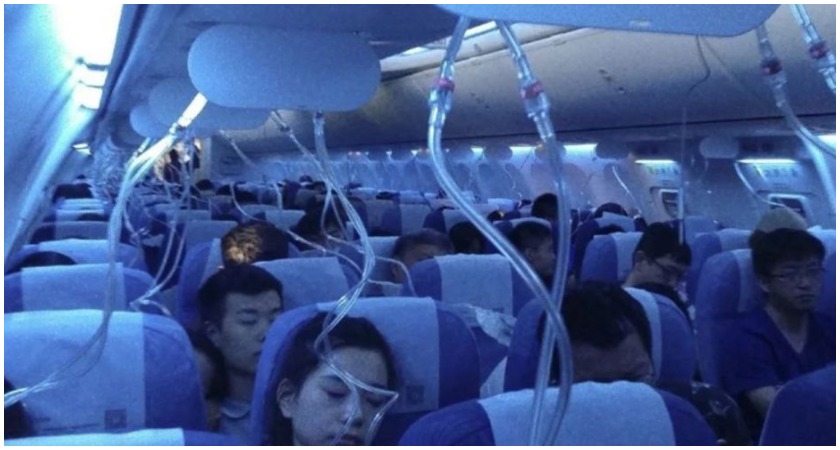 Oxygen masks were deployed before passengers were subjected to a terrifying 6,000m rapid descent to an altitude of just 3,000m over a period of just 10 minutes.

The flight then levelled off before climbing again to continue on to Dalian.

The incident, confirmed by the Civil Aviation Administration of China (CAAC) at a press conference, is now being investigated.

Qiao Yibin, from the CAAC’s safety office, said: "In the preliminary investigation, the co-pilot was found to be smoking an e-cigarette.

"Smoke diffused into the passenger cabin and relevant air conditioning components were wrongly shut off, without notifying the captain, which resulted in insufficient oxygen."

The CAAC said it had requested the aircraft's flight data and cockpit voice recorder as part of its probe.