A THREE-YEAR-OLD girl has been named among the five victims of the Plymouth shooting.

Sophie Martyn and her father Lee Martyn, 43, were shot and killed during Thursday’s tragedy in the Keyham area.

Meanwhile the police watchdog has launched an investigation into why killer Jake Davison, 22, had his gun and permit returned to him last month.

Davison’s deadly six-minute attack began at around 6pm on Thursday when he shot his 51-year-old mother, Maxine Davison (also known as Maxine Chapman) at an address in Biddick Drive.

He then went into the street where he shot Mr Martyn and his young daughter.

Next, Davison headed to a nearby park where he killed 59-year-old Stephen Washington. 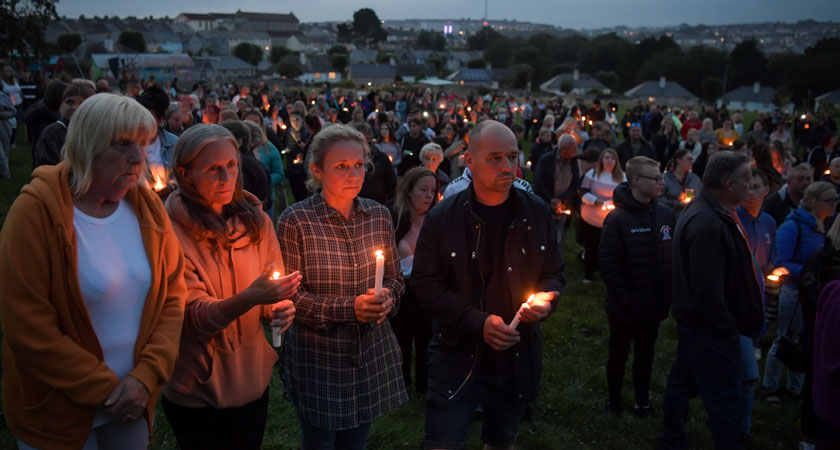 He then shot Kate Shepherd, 66, on Henderson Place, before turning the gun on himself.

Last night, residents held a candlelit vigil at North Down Crescent Park close to where the attack took place.

The Independent Office for Police Conduct (IOPC) has now decided to investigate Devon and Cornwall Police’s decision to return a confiscated shotgun and certificate to Davison in July.

They had been removed from him in December 2020 following an allegation of assault three months earlier.

The investigation follows a mandatory referral to the IOPC from Devon and Cornwall Police.

Speaking about their investigation, IOPC regional director David Ford said: “We will examine what police actions were taken and when, the rationale behind police decision-making, and whether relevant law, policy and procedures were followed concerning Mr Davison’s possession of a shotgun.

“The investigation will also consider whether the force had any information concerning Mr Davison’s mental health and if so, if this information was appropriately considered.”

He added that the IOPC will not be investigating Devon and Cornwall Police’s response to the shooting.

It has not been established whether the shotgun returned to Davison was the weapon used in the shootings,

Devon and Cornwall Police have, however, said that Davison legally held the firearm believed to have been used during the shooting.