POLICE HAVE identified a new prime suspect in the disappearance of Madeleine McCann.

A 43-year-old German child sex offender is being treated as a “significant suspect” in the disappearance of Madeleine at the resort of Praia da Luz in Portugal on May 3, 2007.

The man, who has not been named, is currently in prison on unrelated offences.

However, he is believed to have been in the area around the resort in the days and weeks before Madeleine’s vanishing 13 years ago.

Police are now appealing for the public to come forward with any information they may have related to the new suspect.

The man is described as being white, 6ft tall, of slim build and with short blonde hair.

Officers say he lived in a white and orange VW camper van in the Algarve resort from 1995 until 2007.

Images of a black Jaguar XJR 6 registered in the suspect’s name have also been released.

The vehicle is believed to be in Portugal around the time of Madeleine’s disappearance.

It was subsequently registered in a different name in Germany in 2007.

Two mobile phone numbers have also been shared as part of the appeal.

One of the numbers was used by the suspect while the second called him for half an hour from 7.32pm until 8.02pm, on the night of Madeleine’s disappearance and just an hour after she was last seen.

The number police believe the suspect was using in Praia da Luz area is  (+351) 912730680 while the number he called for half an hour is (+351) 916510683. This “significant suspect” was first identified in 2017 following an appeal launching to coincide with the 10th anniversary of Madeleine’s disappearance.

That appeal led to “significant information” being passed on to detectives.

A similar appeal for information has been subsequently been launched on  German TV channel ZDF.

However, this appeal has attracted some controversy with the programme referring to Madeleine’s disappearance as a murder investigation.

Met Police maintain there is no evidence she is dead and the case is being treated as a missing person case. 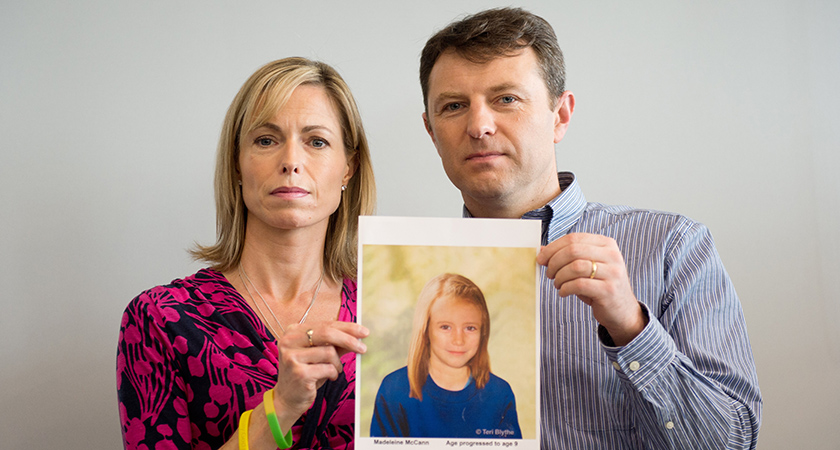 Though more information about the suspect is set to be divulged as part of the appeal, the suspect will not be named.

According to Commissioner Stuart Cundy said police has received information that identified 600 people as potentially significant lines of enquiry in Madeleine’s disappearance.

He said: “Our main line of enquiry is this suspect, he is the main focus of our investigation. This is a significant development, which is why we have taken the step today of making a public appeal.

“We are committed to finding out if this man was involved in this disappearance. We are considering a number of scenarios but are keeping an open mind about any possible motives.”

Detectives also noted the new suspect could match one of several discriptions of potential suspects previously released as part of the investigation.

Senior investigating officer Det Chief Insp Mark Cranwell said: “We know [the suspect] was directly connected to the camper van, it’s quite a distinctive van, and to the Jaguar. We understand he led a transient lifestyle.

“We would like to speak to anyone who may have seen either of these vehicles in the area at the time or may recognise the telephone numbers.

“Maybe you were too afraid to come forward at the time, but this man is in prison and maybe now your allegiances have changed. If you are one of those people who might have had concerns about coming forward, we urge you to do so now.”

Madeleine was just three-years-old when she first disappeared.

Speaking on BBC Breakfast, Clarence Mitchell, a spokesperson for the McCann family, described this latest development as “potentially very significant.”

Mr. Mitchell said he couldn't "recall an instance when the police had been so specific about an individual".

"Of all the thousands of leads and potential suspects that have been mentioned in the past, there has never been something as clear cut as that from not just one, but three police forces."