The Pontiff spent a total of 10 days in the Gemelli Hospital in Rome, Italy after suffering from diverticulitis - an inflammation of the colon.

Local media spotted Francis leaving the hospital on Wednesday morning in a car with darkened windows, headed back to the Vatican.

Before leaving, he stopped to pray at Rome's Santa Maria Maggiore basilica.

He had wanted to "express his gratitude for the success of his surgery and offer a prayer for all the sick, especially those he had met during his stay in hospital", Vatican spokesman Matteo Bruni said.

During his stay in hospital, His Holiness paid visits to a number of other patients in the building, including to a children's cancer ward on Tuesday. 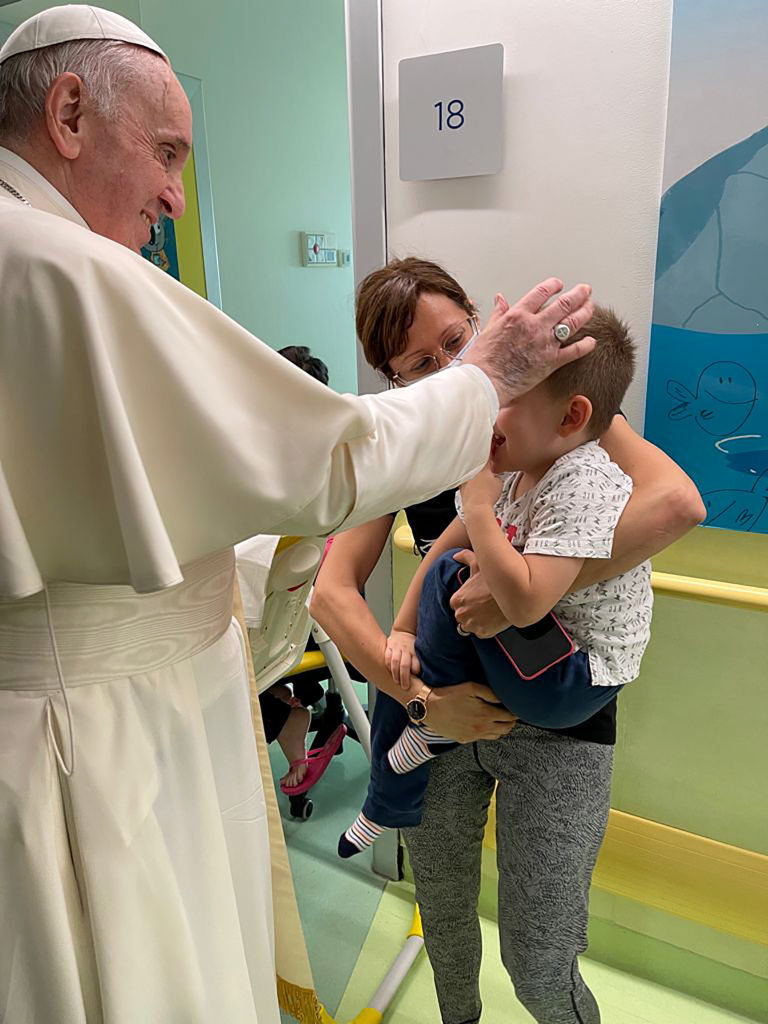 Pope Francis visits patients of the nearby pediatric oncology ward at the Gemelli Hospital on July 13, 2021 in Rome, Italy.

On Sunday, he led the Angeles prayer from the balcony of his hospital suite. Though his voice was a little weak, the 84-year-old appeared to be in good health.

"I have deeply felt your closeness and the support of your prayers. Thank you from the bottom of my heart," Francis said.

The Argentine was admitted to hospital on July 4 due to what was described as a severe narrowing of his large intestine. The operation remains the only one he has undergone since accepting the papacy in 2013.