A PROMINENT church leader who blamed the Covid-19 pandemic on same-sex marriage has tested positive for the virus, his church announced.

Patriarch Filaret, a 91-year-old leader of the Ukranian Orthodox Church - Kyiv Patriarchate - has been hospitalised by the illness, but is understood to be in a stable condition.

His church confirmed via their Facebook page that Mr Filaret was receiving treatment and in good care.

"We ask that you continue to pray for His Holiness Patriarch Filaret, so that the All-Merciful and Almighty Lord God will heal the Patriarch," the church said in a statement.

It isn't the first time Filaret has made headlines for his outspoken views on a link between gay marriage and the global pandemic. 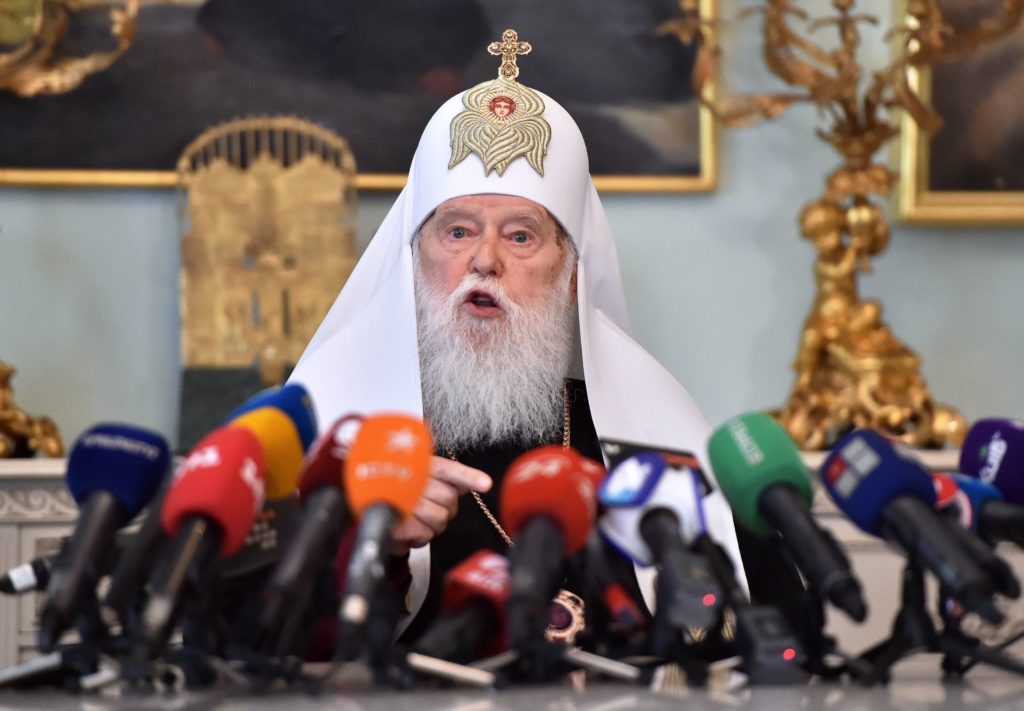 In March, he said in an interview with a Ukrainian TV station that the crisis was "God's punishment for the sins of men and sinfulness of humanity."

"First of all, I mean same-sex marriage," he added.

"This is the cause of the coronavirus."

In April, following these comments, the Ukrainian LGBT rights group 'Insight' filed a lawsuit against him.

"Our aim is to show people that there is no longer place for such statement from church leaders in Ukraine," an Insight statement read.

Filaret's church spoke out in defence of the 91-year-old however, saying: "As the head of the church and as a man, the Patriarch has the freedom to express his views, which are based on morality."