PROTESTS WERE held yesterday outside the residence of the President of Ireland following the passing of a controversial Mother and Baby Home Bill.

President Michael D Higgins signed the bill, which would see the records on the homes sealed for 30 years, however he appeared to indicate that he did so only so that Irish citizens would be able to challenge the Bill in court.

As President, he cannot reject the bill but he could have referred it to the Supreme Court-- this, however would stop any public citizen from challenging the Bill.

President Higgins had also appeared to have rebuked the Government; a statement from his office said he had "listened carefully to the debate and the issues raised as to the right of access to information submitted to a Commission". 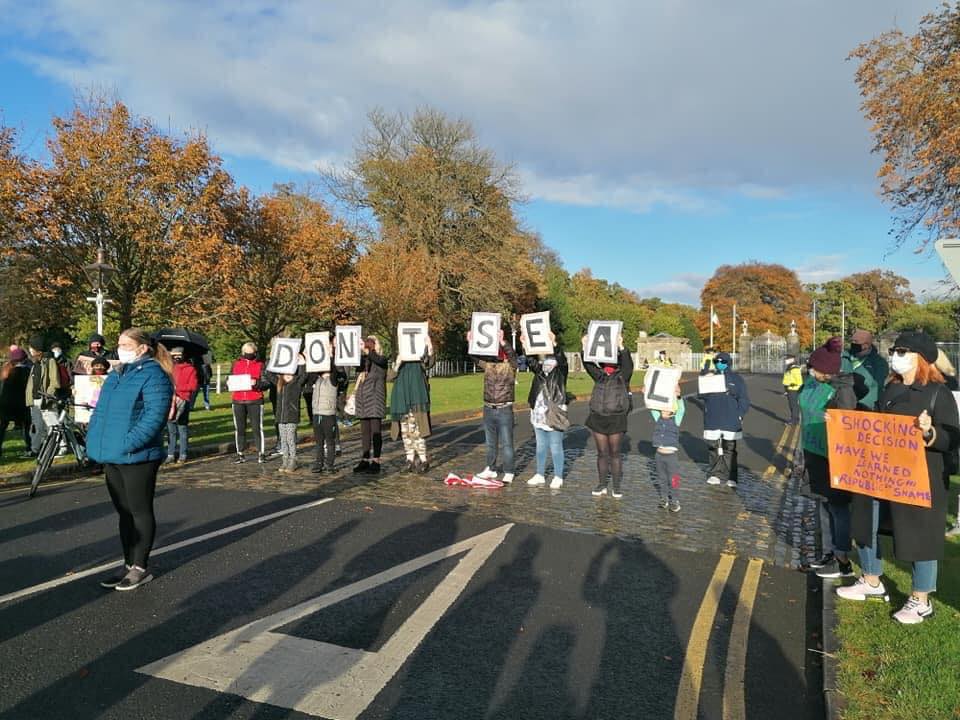 He noted that "important concerns were raised in the discussion on this Bill which are serious and must be addressed, and noted "The President’s decision to sign this legislation leaves it open to any citizen to challenge the provisions of the Bill in the future."

Less than 24 hours after President Higgins had signed the bill, however, protesters took to the gate by the Áras an Uachtaráin in Dublin's Phoenix Park for a peaceful demonstration.

Many wore masks and held signs encouraging those in power to 'Stop the Seal', and in a poignant demonstration, baby shoes were tied to the gate with black ribbon.

The protest was partly organised by former Solidarity TD Ruth Coppinger, who took to Facebook saying: "Victims are entitled to seek action from elected officials, be that TDs, Senators or the president in order to further their cause."

Scenes from the protest today in the Phoenix Park opposing the sealing of records from so-called mother and baby homes....

She acknowledged that President Higgins had left it open for a citizen to challenge the Bill in the future, and said "His statement is welcome, but it's understandable victims may have sought more".

"Today victims are within their rights to have a socially distant protest at Áras an Uachtaráin to register opposition to the Bill passing and against the actions of the TD for the area, Roderic O’Gorman."

The peaceful protest passed without incident.