A rare bottle of whiskey has gone up for auction but it will set you back €10,000

A 140-year old bottle of whiskey will be auctioned off this week at Victor Mee Auctions in Cavan, with the winning bidder expected to spend up to ten grand to get their hands on the rare drink.

The Cassidy & Co Monasterevin whiskey is one of only two in the world—the other bottle is on display in the Irish Whiskey museum and won’t be consumed, meaning the expensive-tasted winner will walk away with an utterly unique bottle of whiskey.

The Irish have always been huge fans of whiskey—the name even derives from the Irish phrase “Uisce Beatha” (Pronounced Ishka Baha) meaning “Water of Life”. A misnomer for sure, as the morning after a few whiskeys fills you with anything but life. Dread, maybe.

This isn’t the type of drink that you can pass around at pre-drinks before jumping into a taxi to bring you to whatever club will let you and your mates in after last week’s shenanigans. It is steeped in history (excuse the pun), having been produced by Co Kildare’s Cassidy family, who owned a whiskey mill in the 1700’s until its closure in 1921. 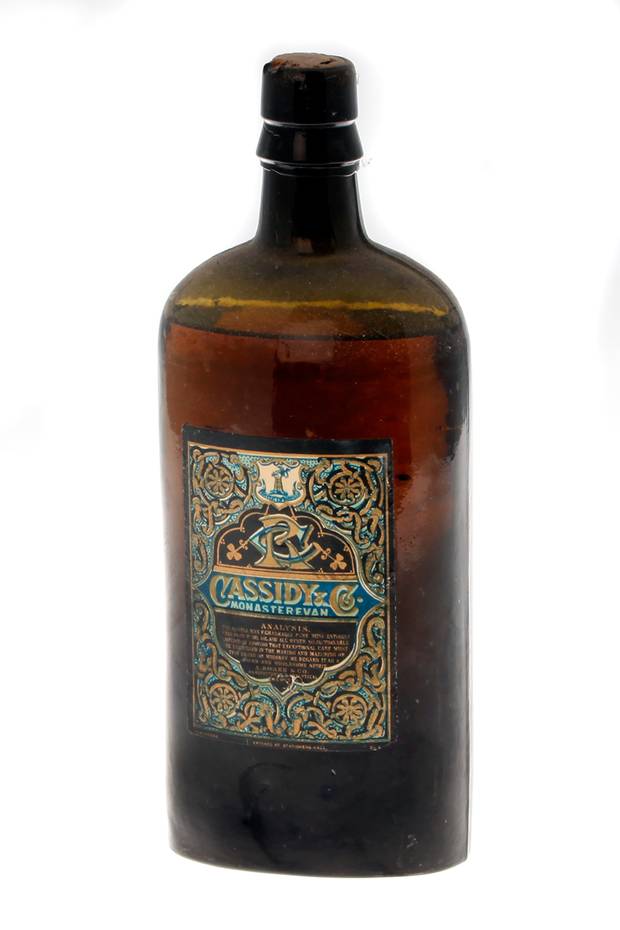 Now the mill has been restored and is eager to get back to business, with high-profile investors such as Bono believed to be funding entrepreneur Paddy McKillen’s new vision for a distillery and visitor centre.

One detail left out in the description of the rare whiskey is the alcoholic volume—but after maturing for over a century, it’s probably stronger than your average bottle of Powers.

The auction will take place on the weekend of 30 July, so if you’re reading this from abroad and you’re itching to get your hands on this rare and historic bottle, there’s plenty of time to book a flight over to make a bid. Let’s face it—if you’re considering paying ten grand for a bottle of whiskey you can afford the plane ticket.

We have but one request for the winning bidder: