A NEWLY published report from the Air Accidents Investigation Branch (AAIB) has described the moment a wheel fell off a Ryanair flight last September.

On September 15, 2017, a Ryanair flight taking 190 passengers from Stansted Airport to Copenhagen lost one of its wheels during take-off.

According to the AAIB report, while the aircraft was lining up on the runway, the flight crew heard "a noise similar to a nosewheel passing over a runway centre light" but thought nothing of it.

Another flight crew in an aircraft waiting to take off near the runaway then noticed one of the nosewheels of the departing Ryanair flight had "blown off the runway into the area behind the threshold".

They informed Air Traffic Control, who passed the message on to the crew of the Ryanair flight, which was already climbing, and the flight was diverted to East Midlands Airport where an "uneventful" landing took place.

The pilot was required to land the aircraft at low speed in order to reduce the amount of stress put on the remaining front wheel. 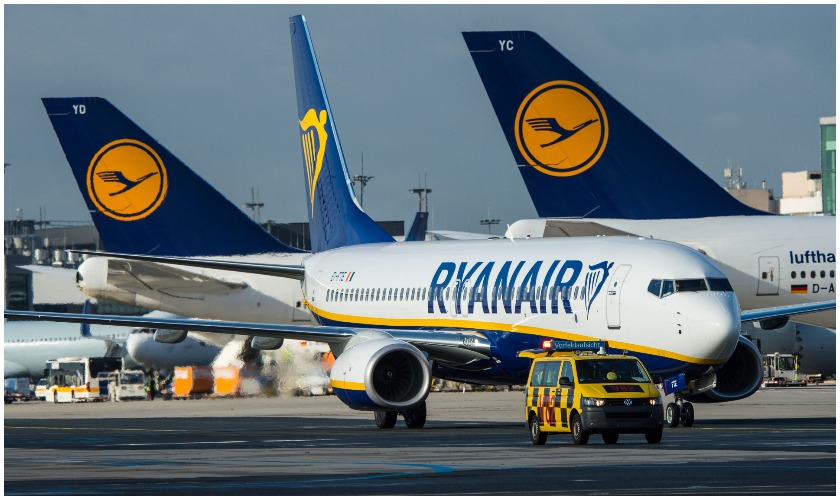 Local fire services then inspected the plane before passengers were taken off the aircraft and transported to the East Midlands Airport terminal by bus.

Details of the incident will nevertheless make for uncomfortable reading for anyone nervous about travelling by plane.

"The nosewheel was found to have separated from the aircraft because the nose landing gear axle had failed at the left inboard journal (the part of the axle that rests on bearings)," the AAIB report read.

"This was the result of heat-induced cracking and material property changes due to abusive grinding of the chrome plate during the part's last overhaul almost three years earlier.

"The Maintenance and Repair Organisation that performed the overhaul has introduced a new inspection for detecting abusive grinding."

Details of the report come as Ryanair cabin crew in five countries announce 'biggest strike in the airline's history'.