IRELAND will play England in a friendly at Wembley Stadium next month.

England's original opponents were to be New Zealand, but they were forced to pull out of the fixture due to travel restrictions and player availability complications caused by the Covid-19 pandemic.

Stephen Kenny's men have now stepped in to replace them, and will line up against Gareth Southgate's side on Thursday, November 12 at 8pm.

Ireland will base themselves in England prior to the match, ahead of two important UEFA Nations League games against Wales and Bulgaria.

Ireland boss Kenny welcomed the new fixture: "It's a high quality game for the team. With minimal travel between London, Cardiff and Dublin in these changed times, it is better for us logistically with player welfare paramount."

"It helps ensure we will have our strongest possible squad available for all three matches," he added.

The English FA are presently working with their Government to try and bring about the return of spectators to stadiums, but as it stands, the game will be played behind-closed-doors.

Next month's game will see the sides meet for the first time since a goalless draw at the Aviva Stadium back in June 2015. 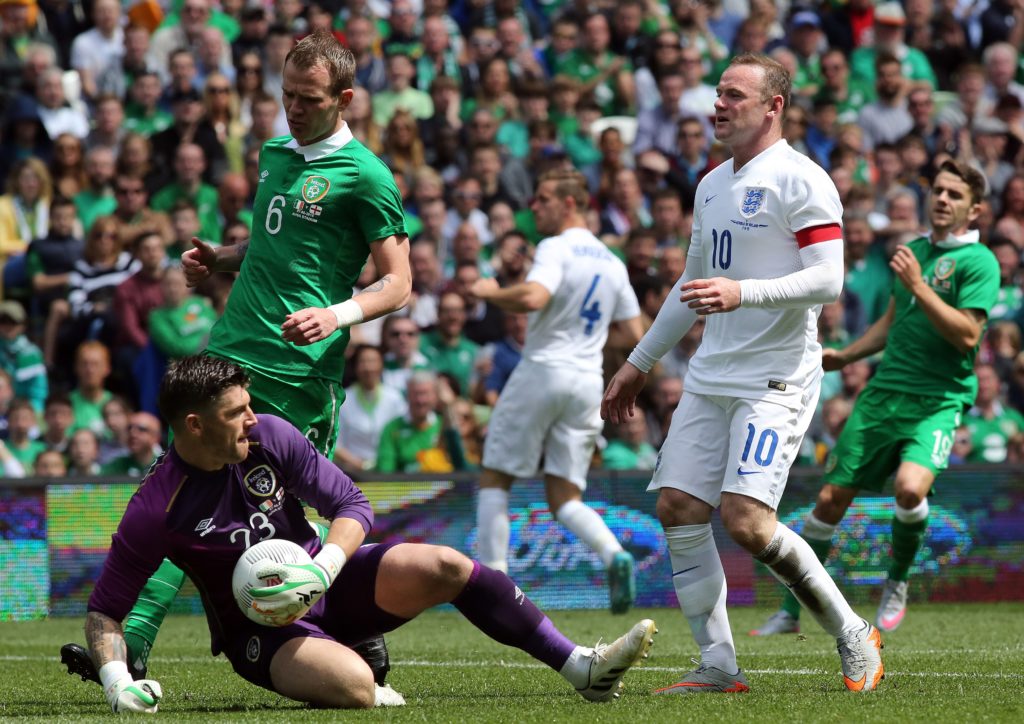 The last time Ireland faced England was in June 2015. Pictured: Ireland's goalkeeper Kieren Westwood (L) claims the ball at the feet of England's Wayne Rooney during a friendly at the Aviva Stadium, Dublin.

Astonishingly, the last six fixtures between Ireland and England have ended in draws, with the last victory for either side coming during Ireland's famous Euro '88 win where Ray Houghton's early goal settled the tie.

England haven't beaten Ireland in 35 years. Long may it stay that way.