Richard Keogh was on a night out with Derby County teammates Mason Bennett and Tom Lawrence. Images: Derbyshire Police/Getty

The 33-year-old defender sustained a serious knee injury as a result of an "alcohol-related incident", according to a club statement.

Teammates Tom Lawrence and Mason Bennett were charged with drink-driving after a crash involving a Range Rover Sport and a Mercedes shortly before midnight on Tuesday.

The incident followed a team bonding dinner earlier that evening.

Former Dutch international Cocu confirmed he has spoken to Keogh and his club captain is struggling to come to terms with events since then and fears his career may be in jeopardy.

Cocu said: "He is extremely down, of course, because he realises what is going on for him personally and as a responsible player, and as a captain in the team, that he is not part of the team anymore.

"I think he feels responsible, yes.

"Like I said, senior players have to step up and take responsibility. Now it will have a huge effect on him, personally. 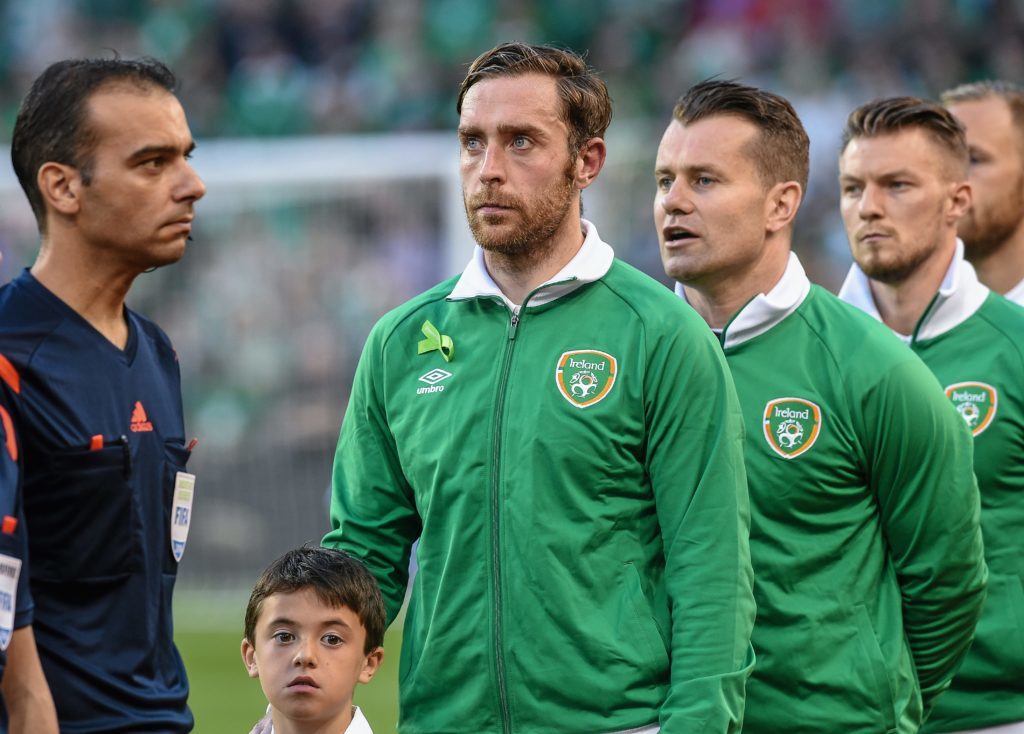 Keogh had been a key figure in Derby’s surge into the promotion play-offs at the end of last season and had featured in all of Derby’s matches this year.

Asked about whether the injury could finish Keogh’s career, the Derby boss said: "It is too early to say. If we say he will be out for the rest of the season, it is a very serious injury, yes."

Derby had earlier released an official statement condemning the incident.

Chose to stay out

"A small group, including the team captain Richard Keogh, continued drinking into the night,” it said.

“They should have known when to stop and also ignored the opportunity to be driven home using cars laid on by the club, and chose to stay out.

“The players involved will be subject to a rigorous internal investigation under the club’s code of conduct and disciplinary procedures … Those involved know they will pay a heavy price for their actions, but also that we will support them with their rehabilitation back into the squad and team.”

Keogh made his debut for Ireland in 2013 and has captained the side on numerous occasions during his 26 international appearances.