Ahead of a new cultural Q&A event series in London, journalist JP O’Malley questions the Irish experience of emigration in Britain.

A couple of years ago I was chatting to the Irish novelist and journalist, Colm Tóibín, about a book of essays he had just published called New Ways To Kill Your Mother.

As the the conversation progressed, I asked Tóibín why he was so fascinated and inspired by the American novelist, Henry James?

“Anyone Irish who reads James,” replied Tóibín, “instantly recognises that the world he describes in his books, is so unlike the world we were brought up in or lived in.”

Tóibín then added: “It's very hard in Ireland to be fully self-invented. You could make an enormous effort to become someone else, but then your cousin would come into the bar! It's such an intimate society in that sense.”

The interview continued for another half hour.

Afterwards, I left the plush bar where we had been conducting our conversation and took a walk. The first of the after-work drinkers began congregating on the bustling pavements of Soho.

They clutched their pint glasses and cigarettes as a source of strength, and desperately tried to forget themselves as the sun went down. Passing them, I randomly eavesdropped in on their conversations. But Tóibín's quote kept running around my head like a record on repeat. The more I thought about it, the more I began to question why I had moved to London in the first place.

I left Dublin five years ago. At the time, the country wasn't in great shape economically. But I think, inevitability, I would have emigrated, whether the recession happened or not. I was never really sure what unspoken forces had compelled me to leave the country in the first place.

But Tóibín's words that day suggested one reason I had never seriously considered.

On another occasion, back in the summer of 2010, I was in the South Bank Centre in Waterloo. This time interviewing another Irish writer, Joseph O' Connor, who was promoting a novel he'd just published about about the playwright J.M Synge.

The conversation took place in a spectacular room on the third floor of a building overlooking the sprawling London skyline. Bellow, the brown filthy water of the Thames ebbed downstream, like a slithering snake: meandering around the never-ending spiral of concrete and metal that binds the city's physical structures tightly together.

O' Connor began speaking about his own time living in London, working as a journalist during the late 1980s. There was a new found freedom, he recalled, of being able to walk down a street in a city where you were an anonymous face, where nobody knew your past or where you came from.

For two reasons these stories have always resonated strongly with me. Firstly, because on both occasions, I began to deconstruct the idea of what nationhood actually means? And secondly, I felt an enormous longing for Ireland after both conversations ended.

The grand concrete jungle that is the international-cosmopolitan-metropolis they call London, does indeed inspire one to feel as though they are entering into what the American punk-poet, Patti Smith, once described in her song 'Horses', as “a sea of possibilities”. But conversely, the city can, more often than not, also bring about enormous feelings of alienation and groundlessness.

On any given day in London you definitely do feel like a citizen of the world. But equally, you are everywhere and nowhere at the same time. 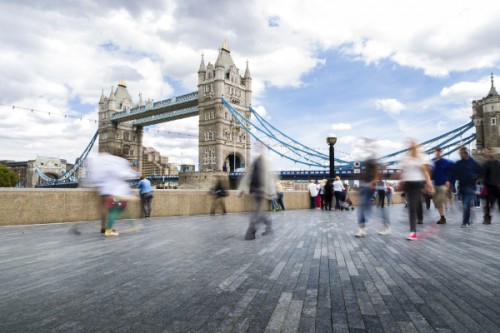 As human beings, one thing we all want— whether we like to admit it or not— is to belong to our tribe and community. In London, that tribe is just simply too big and complex to ever feel quite at home in. So, for some of us, we tend to look to culture to reestablish that connection with our homeland.

My professional life these past few years, away from home, has thus far brought me in contact with some of the finest wordsmiths and conversationalists in the business of Irish culture and ideas.

I had the privilege of hearing the late Dermot Healy—over a telephone conversation one dull Wednesday morning, from my flat in South East London— describe to me the beautiful, rugged Atlantic landscape that he was looking out in the west of Ireland: he would do this every morning before he sat down to write his poetry and prose, he told me.

Or I remember Paul Durcan explaining to me from his publishers office in Victoria , how 40 years previously he would walk to the Tate museum every lunch time to look at the paintings of Francis Bacon, hoping to escape the monotony of his desk job in the North-Thames-Gas-Board.

I also found it a surreal explaining to an audience of middle aged women in North West London, that Roddy Doyle, who I was interviewing on stage last summer, was raised not far from where I myself am from in Bayside, North Dublin.

“Come out of my own house, turn left, walk straight down Verbena Avenue, go to the end of the road, turn left again, there you'll find the house Roddy grew up in,” I told them.

You wouldn't impress people or get away with that carry on in Dublin. But a British audience, who tend to find the Irish, foreign, mysterious, and more charming than most, lapped it up.

Last year, sipping tea on a cold November morning with Alastair Campbell in his sitting room in North London, I listened to him doing impressions of both Martin McGuinness and Gerry Adams, whom he confessed that he had enormous respect for: particularly in how they both made the Good Friday Agreement become a reality in 1998.

And two years ago, meeting former President, Mary Robinson, in a hotel in Mayfair, we discussed women's rights, her work in the UN, and how she changed the role of the Irish presidency. I felt an immediate sense— after that moment —of belonging to something greater than the faceless city where the conversation was taking place.

Earning much of my living these past few years, critiquing and writing about Irish culture, as an immigrant working in London, has, I believe, ironically, actually made me more aware of my own sense of national identity. Moreover, it has made me question the very notion of what it means to be Irish?

Because if a nation is merely a set of cultural beliefs, tied together by a myth, which seeks to become reality, it begs the question: can you still be part of that mythology even if you don't live within the boundaries of its physical borders?

The answer, I believe, is yes.

Other Irish writers I have interviewed, such as Eavan Boland and Hugo Hamilton, have both, in their work, attempted to document the lives of people who have been silenced from the dominant narrative of Irish nationalism.

Irish Immigrants in London, historically, have often been part of that group. Presently, they tend to be better educated and economically better off than previous generations, who came here searching for employment and a better life.

But culturally, even today, many Irish immigrants in London, can, and still do, feel disillusioned and cut off from their celtic brothers and sisters back home.

That is why I believe now is a good time to take this subject and begin a public forum here in this great world city: which in many ways is the unofficial 33rd county of Ireland. My hope with this event is to bring the Irish expatriate community together, regularly, for a special night of culture and conversation.

The discussion will be held once a month in the Boogaloo pub in Highgate, North London.

Here, people who share a love of culture, history, politics, and good old fashioned debate, can come together to watch famous Irish authors being interviewed on stage by myself. The hope is that like-minded intellectually-curious individuals can then network, have a drink, and exchange ideas.

Kicking off our first night, I will be chairing what promises to be a fascinating conversation with the distinguished Professor of Irish History at Oxford University, and Hon Vice-President of the Irish Literary Society, here in London, Roy Foster, who will be speaking about his book: Vivid Faces,The Revolutionary Generation in Ireland 1890-1923.

Foster will be introduced on the night by the award winning poet, and newly elected President of the Irish Literary Society, Bernard O'Donoghue.

Tickets for the December 10 event, supported by the Irish Post, are available here and from Ticketmaster.