AN Irish bride has been left with a royal headache after realising her wedding venue is just minutes away from where Prince Harry will marry Meghan Markle on the same day.

Celé Brits, who grew up in Killarney, Co. Kerry, is to marry her fiancé Lawrence Mason on May 19 in Burnham - a short drive from where the royals will tie their own knot in Windsor.

Celé, a theatre nurse in London, and Lawrence, an architect in Tralee, didn't foresee their choice of venue at the Tudor Barn in Burnham clashing with that of the royal wedding until it was too late.

Over 100,000 people are expected to line the strees of Windsor for Harry and Meghan's big day, making May 19 a potential security nightmare for anyone travelling in the area during that time.

Celé and Lawrence got engaged in September, two months before Harry and Meghan, and have now been warned that their loved-ones may require permits to attend.

The bride's mam Jeanne says the whole thing "has become more of a nightmare than an excitement". 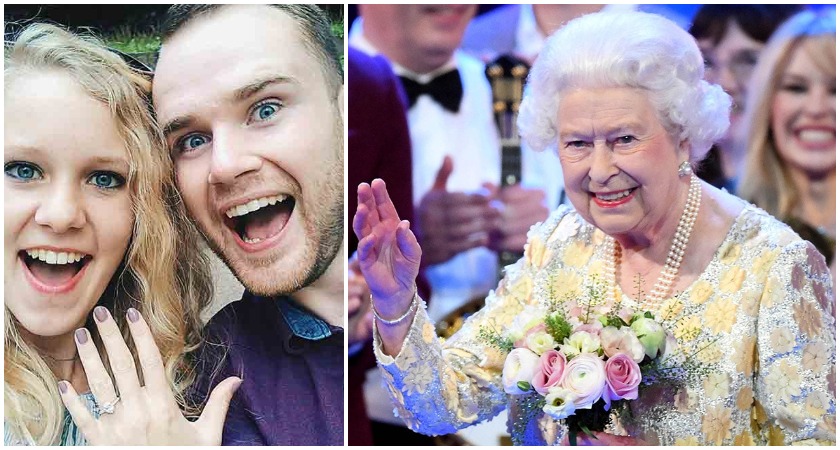 Celé's Irish mammy Jeanne has even written to the Queen for help (Images: Facebook/Getty)

“We will be travelling the same route [as the royal family] and our predicament is that the roads will be closed. We weren’t expecting this crowd around London for the day.

"The police are telling us that permits might be needed.”

A group of 12, including Celé's parents Stephen and Jeanne and four bridesmaids, will be travelling from Killarney to London for the big day.

Jeanne decided to write a letter to none other than Queen Elizabeth to see if she could offer them any advise.

She said: "We congratulated them on their big day but we were also raising concerns around travelling and the possibility of the security checks.

"We just want to know from the Queen can she give us a bit of guidance of what to expect.

“It is very stressful. My biggest fear is that Celé may have to wait for us and the guests to arrive.

Although the Irish bride and bridesmaids will be arriving at the Tudor Barn venue at around 6am, Jeanne says that she can only arrive with the cake, flowers and centre pieces two hours before the ceremony.

If the logistics weren't already difficult enough, 77 guests are expected to attend in total.

"We have to travel with the cake and the flowers because we can only set up two hours before the wedding," Jeanne said.

"I don’t know what we are supposed to do or who would have information".

Despite concerns about the wedding day itself, the planning stage is over and Celé collected her bridal gown on Friday.

Jeanne added: "The day might be a little bit of a hiccup, but everything else is sorted."