ANIMAL SANCTUARIES do incredible work for no reason other than the knowledge they are helping animals in need.

This is true for Sandra and Danny Curran, who run the popular Donegal Donkey Sanctuary, where they rescue, rehabilitate and care for dozens of the gentle creatures.

“Some are cruelty cases who have never known a kind word and have endured years of abuse and neglect. Others come from loving homes that can no longer care for them for a variety of reasons. Sometimes advancing age makes it impossible for an owner to manage the donkeys or maybe a family has seen a marked change in financial circumstances and can no longer afford to keep their old friend.” 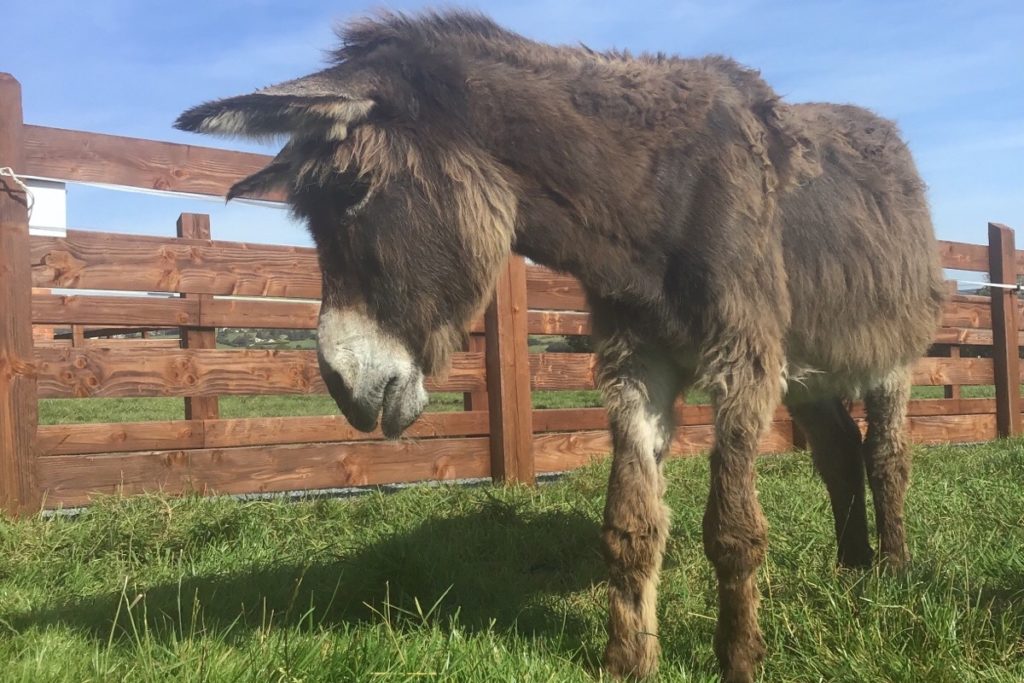 Whatever reason a donkey comes to be under the care of the Currans, they are guaranteed a safe home and the best care that is available—but for that, sometimes they need help from kind-hearted animal lovers.

The sanctuary’s newest arrival is a little brown donkey named Barney, who was cruelly abandoned and left to wander a hillside in a terrified and disoriented state before being found by two women who kindly brought him to the Currans.

Barney had obviously been cruelly treated in the past. He stands alone with his ears forward, shying away from humans and other donkeys, although one fellow donkey has picked up on Barney’s anxiety and follows him around the paddocks acting as a guide.

But even though Barney has found safety under the care of the Donegal Donkey Sanctuary, his troubles are far from over: volunteers at the centre realised that the little donkey had severe problems with his sight.

The only chance for Barney to see again is for him to undergo surgery at an equine clinic in England, a treatment which will require at least 10 days of intensive care before returning to Donegal.

This, along with travel costs and aftercare means that the sanctuary are facing extreme pressure as they prepare for extra winter feeding bills and caring for their other donkeys.

And so the Currans have launched an appeal asking their fellow animal lovers to use their compassion to ‘Help Barney See’.

“We need your help to give this brave little man a chance to lead a normal life,” Sandra Curran says on the GoFundMe page.

In a credit to the compassion of followers of the Donegal Donkey Sanctuary, almost €7,000 euro was raised to help Barney in just four days.

But it’s still not enough to cover the costs of saving Barney’s sight.

The sanctuary need to raise a total of €14,500 quickly to prevent total and irreversible blindness for this “brave little man”. 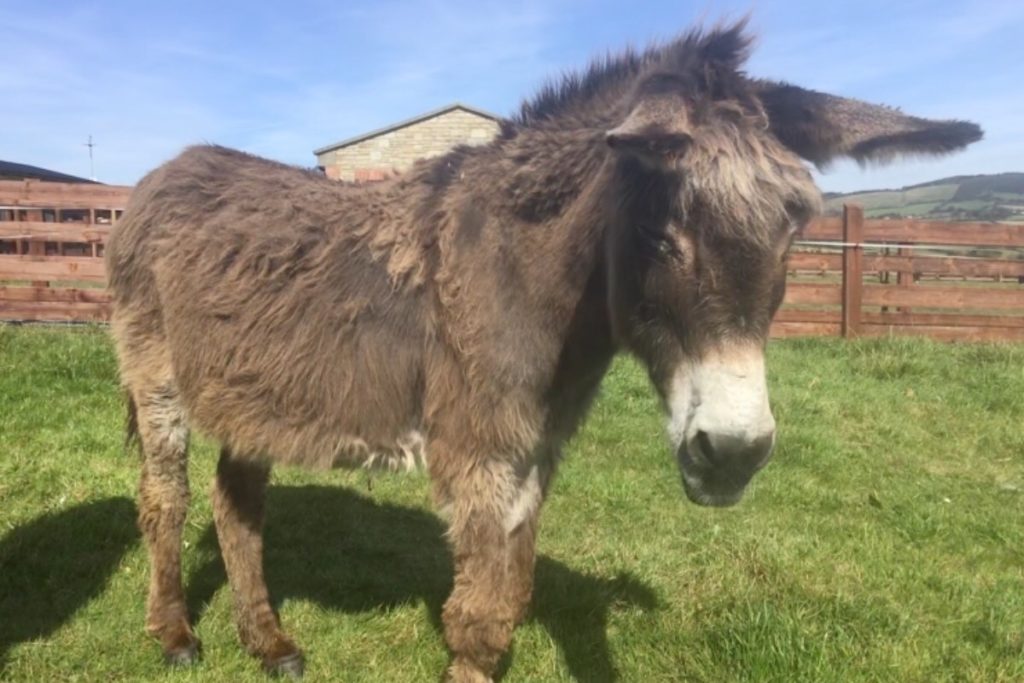 “Please help us to help Barney,” the GoFundMe reads.

“We can only imagine the trauma that he has already endured.

With Barney’s sight being so poor, he would have never known when he was about to be mistreated as he wouldn’t have been able to see his abuser coming, and had to face “The terror of cruel treatment, hunger and loneliness endured in almost complete darkness with no awareness of approaching danger.”

If you would like to help, you can donate to Barney’s GoFundMe page here or the Facebook page here.

To find out more about the sanctuary, including how to adopt or foster one of the animals, you can visit the website here.