Jonathan Swift as he would have looked 274 years ago (Picture: HRSI)

ALMOST three centuries after his death in 1745, scientists have revealed the face of Jonathan Swift – one of Ireland’s most celebrated literary figures.

Forensic anthropologists Human Remains Services Ireland (HRSI) and Dr Christopher Rynn of the University of Dundee, reconstructed what Swift – along with his muse Esther ‘Stella’ Johnson – would have looked like in their final days.

Diagnostic imaging, 3D facial reconstruction, 3D printing and a number of forensic techniques were utilised to recreate the likenesses. 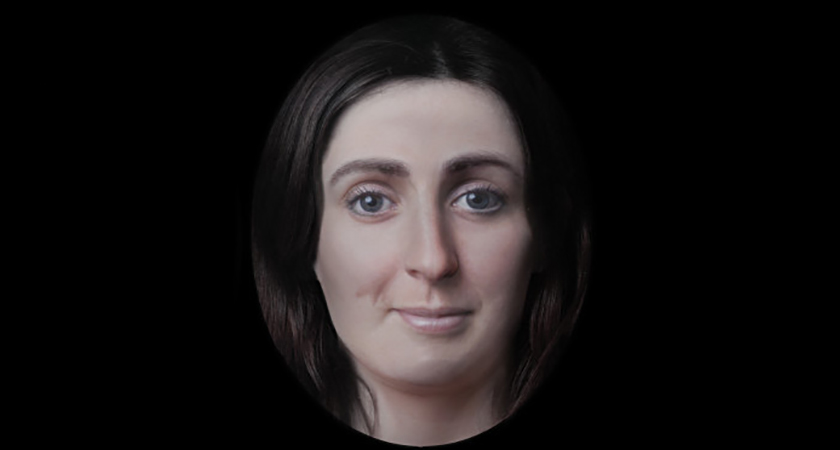 Swift’s death mask and skull cast were crucial to reconstructing his own appearance, but Johnson proved a far more difficult prospect as no death mask or portraits of the Englishwoman are known to exist.

Luckily, a cast of Johnson’s skull was able to be used and proved crucial to keeping her facial reconstruction as faithful to reality as possible.

Both skull casts are currently on display in Dublin – Swift’s in St Patrick’s Cathedral and Johnson’s in the adjacent Archbishop Marsh’s Library.

"We wanted to demonstrate the range of forensic techniques we use in actual cases [of unidentified human remains]," said the HSRI’s consultant forensic anthropologist, Dr René Gapert.

"While we have portraits and busts of Swift, this is the first time it has been possible to show what Stella may actually have looked like."

Legendary writer Swift, best-known for his satire Gulliver’s Travels, died in his native Dublin on October 19, 1745 at the age of 77.

His deadpan, ironic writing style, particularly in A Modest Proposal, has led to subsequent works of a similar nature being described by the term 'Swiftian'.

The nature of his relationship with Johnson – who died in 1728 aged 46 – has been the subject of intense debate for over 250 years.

Whether or not she and Swift were secretly married, and if so why the marriage was never made public, remains a mystery to this day.