NEWPORT, UNITED KINGDOM - JUNE 14: John Lydon of the Sex Pistols performs on the Main Stage during Day 2 of the Isle Of Wight Festival 2008 on June 14, 2008 in Newport (Isle of Wight), England. (Photo by Rosie Greenway/Getty Images)

FORMER Sex Pistols' frontman Johnny Rotten will not represent Ireland in the Eurovision, it has emerged.

Every year RTÉ invite submissions from songwriters and performers for the contest and put them before panels of music industry experts appointed by the broadcaster.

Rotten, real name John Lydon, made it to the final ten shortlist with country-punk song Pleased to Meet You written by songwriter Niall Mooney. 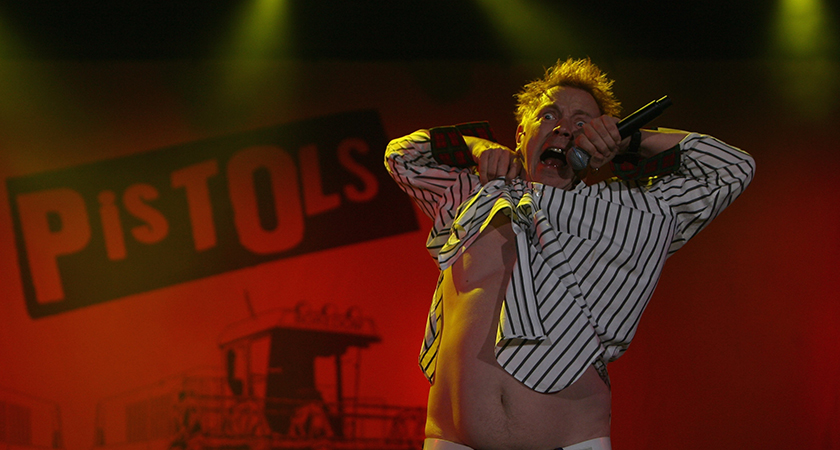 An insider told the newspaper: "Ireland is the only country Johnny wants to represent in Eurovision. His parents were Irish. It would mean a great deal to him.”

Lydon also told Today FM in 2017 that while 'nothing was signed' he is "fully qualified, as an American-English-Irishman.

But experts decided against sending the singer to Lisbon this year to represent Ireland in the Eurovision in May.

According to The Irish Sun, they felt he wasn't 'right for the contest this year as the annual event is going back to basics.'

Instead it's believed the station will pick 'a male solo singer with TV experience' expected to be revealed as Ireland’s entry in the coming days.

Ireland has participated in the Eurovision Song Contest 51 times since making its debut at the 1965 Contest in Naples, and is the most successful country in the contest, with a total of seven wins.

Previous winners included Dana with All Kinds of Everything in 1970, Johnny Logan in 1980 with What's Another Year? Logan again in 1987 with Hold Me Now, Linda Martin in 1992 with Why Me? Niamh Kavanagh in 1993 with In Your Eyes, Charlie McGettigan and Paul Harrington in 1994 with Rock'n'Roll Kids, and 1996 with Eimear Quinn singing The Voice.

Ireland has failed to get past the semi finals of the contest since 2013.