IRELAND IS at the beginning of a new wave of Covid-19 infections, Chief Medical Officer Dr Tony Holohan has warned.

The rise of the Delta variant in Ireland, coupled with an increase in transmission in multiple areas across the Republic, indicates that Ireland is entering a new wave of the pandemic, the CMO said.

Dr Holohan was speaking at a press conference yesterday following the news that a further 448 cases of the virus had been identified, along with two further deaths, when he said the country was facing a "significant" new wave of the virus.

The third wave of the pandemic hit the country in December and January, which saw thousands of cases per day and the country locked down for months on end in an attempt to stem the spread after the B117 variant first identified in England ripped through the country after Christmas.

The new variant, known as Delta and first identified in India, is around 60% more transmissible, and has led to a spike in cases in the UK, though deaths and hospitalisations remain relatively stable due to their vaccination programme.

Asked whether the rise in cases and transmission in Ireland could indicate a new wave, Dr Holohan replied: "there is every reason to believe…that we are facing a significant wave of Delta-driven transmission".

"We are all concerned about the rapidly changing transmission arising from the Delta variant," the CMO said.

"However, we know that the basic public health measures will work in protecting people. And we know that all the vaccines offer significant protection against transmitting the disease and in how severe it is for those who pick it up." 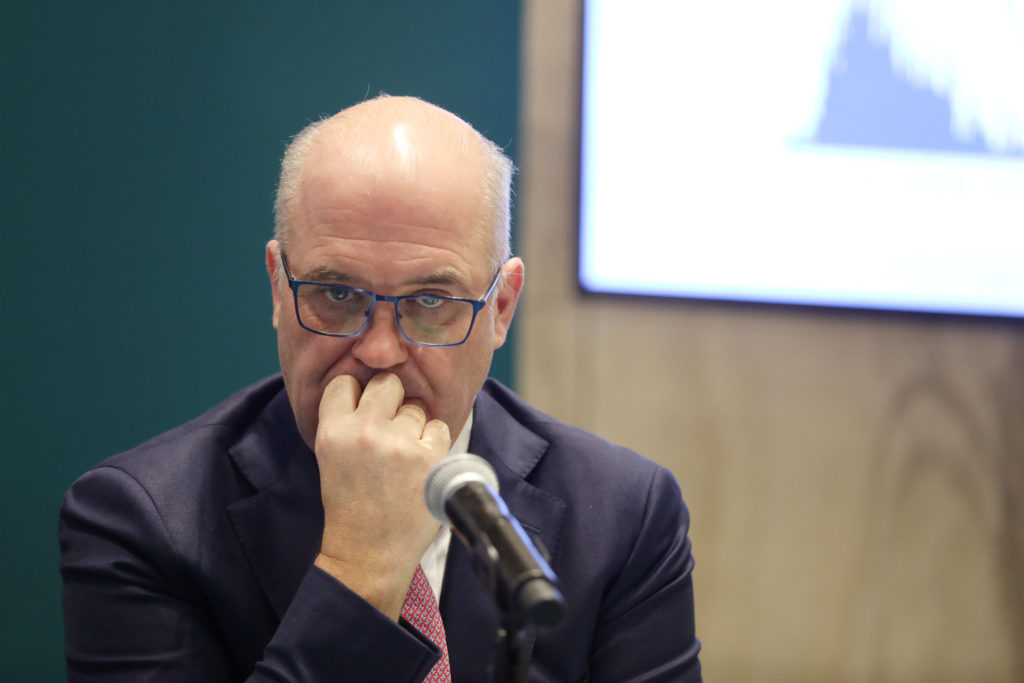 "We have seen an increase in incidence over the last ten days, raising the concern that we are in the early phase of an increase driven by the Delta variant.

"Delta is much more transmissible, and it is vital we continue the basic measures to prevent transmission while the vaccination programme rapidly gives us all protection from the virus."

Around 45% of adults over the age of 16 in Ireland have received two doses of the vaccine, with registration open for people aged between 30 to 34 by the end of next week.

The threat of the Delta variant has put pause to Ireland's plans to reopen indoor hospitality on 5 July, and while the number of guests at a wedding has been increased to 50, baptisms, communions and confirmations have been cancelled until September at the earliest.

These events have been cancelled, not because of the church services themselves, but due to the tradition of families gathering afterwards, with Deputy CMO Dr Ronan Glynn saying it was too risky to assume that families would follow the rules.

"That's not what happens in reality," he said, adding he "could not recommend" allowing church services to go ahead on the basis that people would promise not to socialise at home afterwards.