THE MINISTER for Foreign Affairs Simon Coveney has dismissed any suggestion British holidaymakers will be able to use Ireland as a stop-off to avoid the UK Government’s strict quarantine rules.

Under the Common Travel Area agreement between the UK and Ireland, residents from both countries can still travel freely between the two countries.

At present, those travelling into the UK from Ireland are not required to quarantine for 14 days or provide any evidence of a negative PCR Covid-19 test

By contrast, those travelling into Ireland from the UK must provide proof of a negative PCR test taken within 72 hours of departure and must quarantine for the mandatory 14 days or until they can produce a negative test result.

Last week, UK Prime Minister Boris Johnson introduced a ban on flights from the United Arab Emirates as part of an ongoing effort to suppress the number of Covid-19 cases.

However, there has been tabloid speculation that hundreds have been using Ireland as a stop-off when travelling back from the Middle East to the UK. 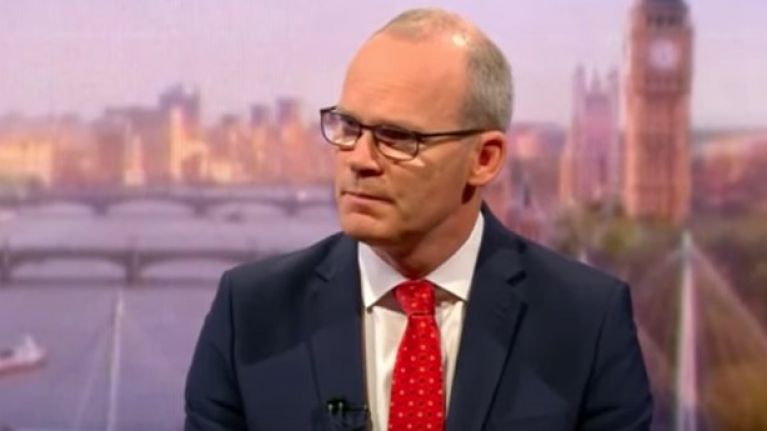 It’s part of what is perceived to be a deliberate attempt to avoid the strict quarantine regulations.

However, Ireland’s Foreign Minister was keen to stress that every measure possible will be taken to prevent British residents from “abusing” the Common Travel Area agreement.

The Fine Gael minister told RTE’s This Week: “If that’s been abused by UK citizens coming back from other parts of the world to try to take advantage of that issue then we will close that door by ensuring that there is communications with airlines and with UK authorities to make sure that they know exactly where people are coming from through our airports.”

Coveney added that he was open to the idea of sharing passenger data to prevent any kind of abuse.