SINN FÉIN has appealed to Westminster to intervene in a row surrounding the Irish Langauge Act due to be implemented in Northern Ireland.

The subject of the Irish language is one that is highly contentious in Northern Ireland.

Where the Republic has road signs in both English and Irish-- and the same can be said for the Welsh language in Wales, a part of the United Kingdom-- most areas in Northern Ireland use English alone.

English is the most-spoken language in the north, although parts use Irish or Ulster-Scots, and a previously proposed Irish Language Act would have given the Irish language equal status to English in the six northern counties.

The Act was supported by Sinn Féin, Alliance, SDLP and the Green Party but opposed by the Ulster Unionist Party and the Democratic Unionist Party, and in 2020 a compromise was reached which would see both Irish and Ulster-Scots granted official status, as well as a range of new amendments to the Northern Ireland Act of 1998, rather than see a new official Irish Language Act introduced. 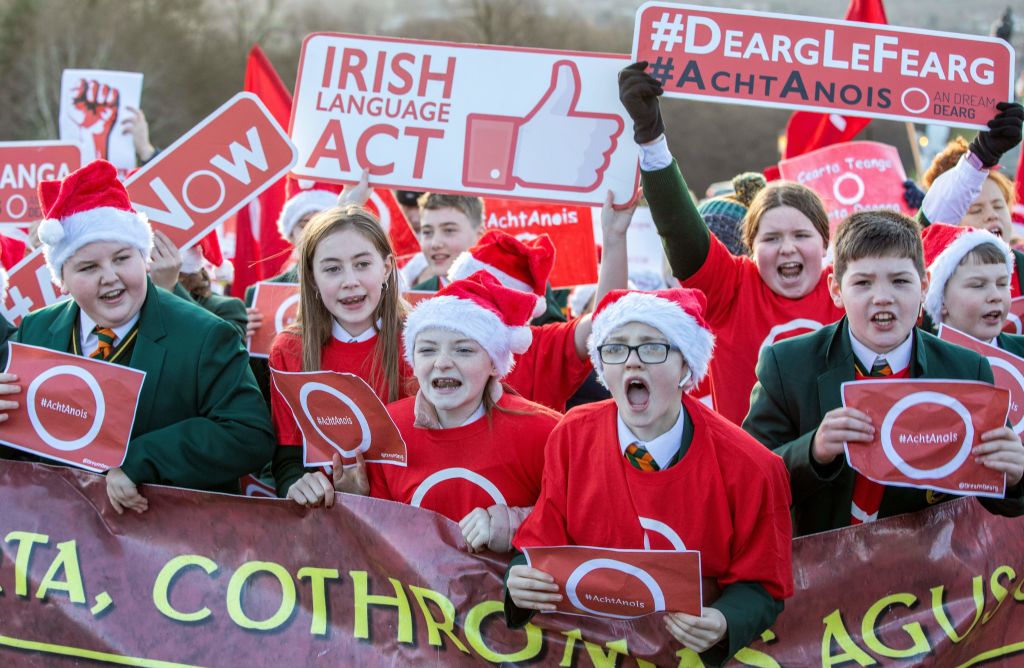 Former DUP leader and First Minister Arlene Foster had committed to implementing the Act before the end of this year, but Ms Foster has been ousted from her position, replaced by Edwin Poots as DUP Leader and expected to be replaced as First Minister by Paul Givan next week.

But while Mr Poots says he is still committed to implementing all aspects of the agreement, Irish language legislation will not be legislated before the next election in May 2021.

Sinn Féin have now appealed to Westminster directly, via Northern Ireland Secretary Brandon Lewis to intervene and legislate for the Irish language act as soon as possible.

"This evening we met with the British government and told them that they need to move the Irish language legislation through Westminster.

"A number of weeks ago the British government offered to legislate for Acht Gaeilge in this way.

"At that time we said that our preference was that Irish language legislation would be delivered through the Assembly and Executive as was agreed in New Decade New Approach.

"We have pursued that option vigorously over the last number of weeks.

"We have engaged intensively with the DUP and with party leader Edwin Poots. He has told us that they will not be delivering Acht in this mandate. 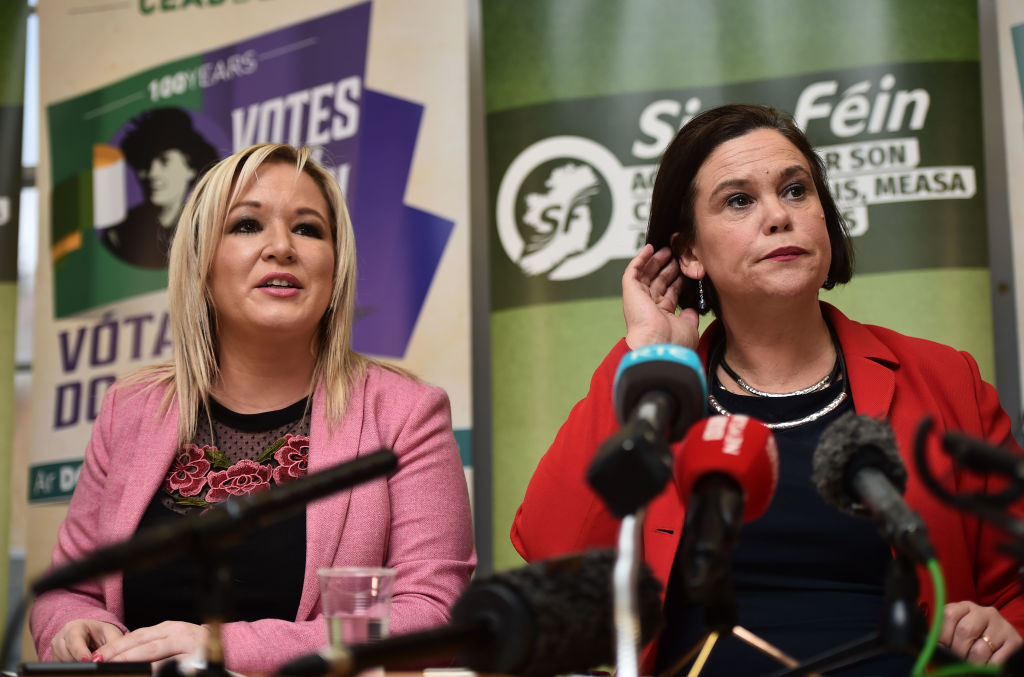 "This legislation was negotiated a year and a half ago and it is now incumbent on the British and Irish governments to act. This is the only way forward to finally resolve this issue."

However the DUP have warned Westminster to stay out of the issue, with East Antrim MP Sammy Wilson saying the British government "must not interfere in devolved issues at the behest of Sinn Féin" as "such actions only served to undermine devolution," RTÉ News reports.

"To force through the latest Sinn Féin wish list will cause further damage to the credibility of the Northern Ireland Assembly", he continued.

"Repeated interventions in devolved matters undermines the manifesto promises of Northern Ireland parties and rightly raises questions about the confidence that voters can have in those they elect if their promises can be causally overridden by the Secretary of State."

The DUP and Sinn Féin now have a deadline of seven days to agree to go back into government together- if they fail to reach an agreement, a snap election will be triggered.

Sinn Féin would have to endorse Paul Givan as First Minister and put forward their own choice for Deputy First Minister- which would, again, be Michelle O'Neill, to avoid a snap election, but with the Irish language row back in the limelight, this is far from guaranteed.