SINN FÉIN have announced that they are taking legal advice after being excluded from the upcoming leaders' debate ahead of Ireland's General Election on February 8.

Ireland's third-largest political party-- which ranked just 1 point behind Fine Gael in a recent opinion poll by the Sunday Times-- will not feature in RTÉ's televised leaders' debate despite the state broadcaster facing backlash from the decision to exclude Sinn Féin, including a petition which has garnered over 17,000 votes encouraging RTÉ to overturn the decision. 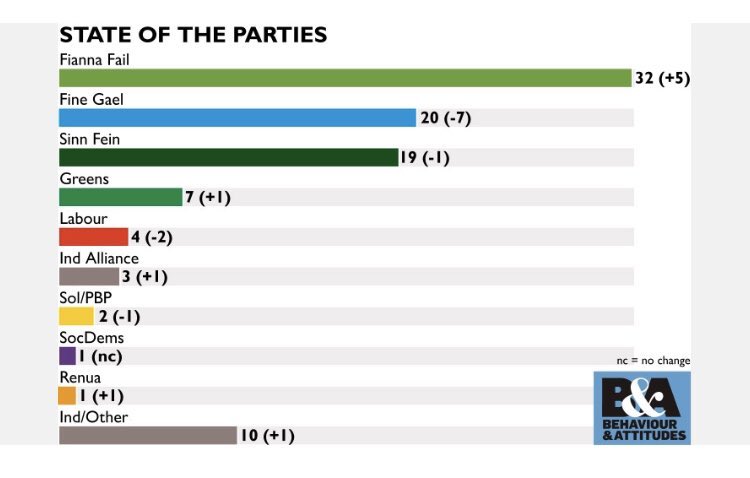 The party announced their intention to seek legal advice in a short statement, where a spokesperson said:

"Excluding other views does a disservice to the public interest and prevents the public from hearing real issues being debated."

Excluding other views does a disservice to the public interest and prevents the public from hearing real issues being debated.#GE2020 @MaryLouMcDonald pic.twitter.com/oRSxQ3KYID

Many found the decision to exclude Mary Lou McDonald from debating Leo Varadkar (Fine Gael) and Micheál Martin (Fianna Fáil) to be undemocratic and worryingly biased from Ireland's state broadcaster.

Sinn Féin party leader Mary Lou McDonald described the situation as a "farce" when speaking during a canvass in Dublin, pointing out that the opinion poll indicates that almost half of voters woud not be voting for either Fine Gael or Fianna Fáil.

"Almost half of the electorate won’t vote for Fianna Fáil or Fine Gael in any circumstances. It’s wrong for the national broadcaster to exclude so many voices,” she said.

Meanwhile, Virgin Media One  have announced they will also host a leaders' debate on Wednesday, which will be moderated by Pat Kenny-- and which again excludes Mary Lou McDonald and Sinn Féin.