IRELAND'S rugby team is in the midst of a health scare following news that France's team has gone into isolation.

It's understood that a member of France's technical staff has tested positive for Covid-19 today, meaning that the entire squad has been forced into quarantine.

Ireland were beaten 15-13 by France in Dublin on Sunday, and there're concerns that if the infection has spread to the French players, it could have also spread to the Irish players with whom they shared a field two days ago.

The French rugby federation released a statement saying that all players had recorded negative results in the latest round of testing yesterday, despite the one positive case in the camp. 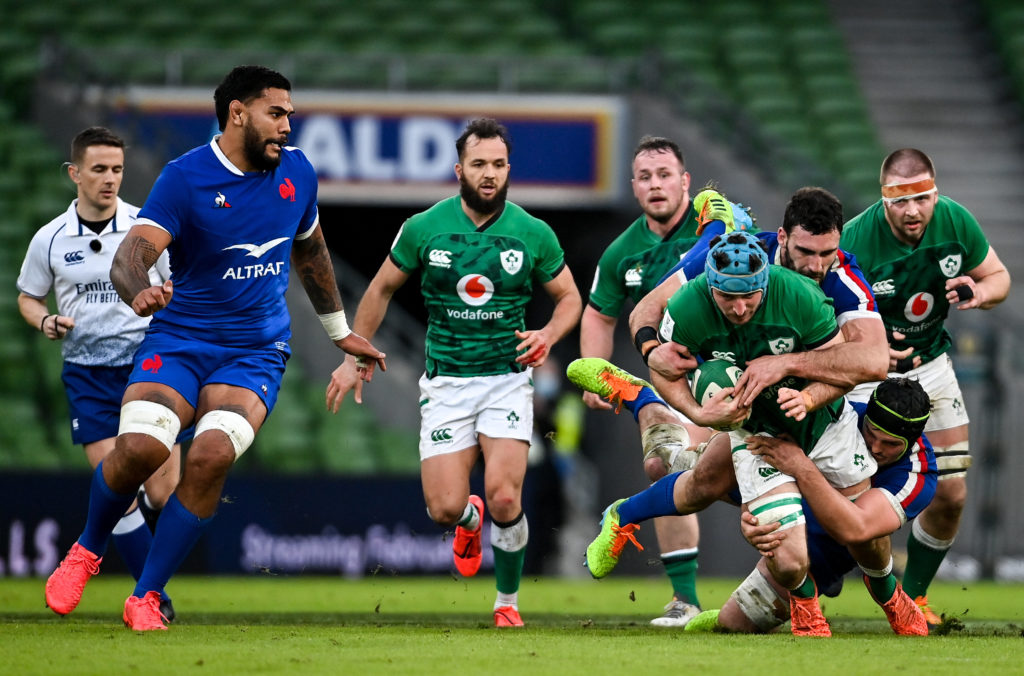 Dublin , Ireland - 14 February 2021; Will Connors of Ireland is tackled by Bernard Le Roux of France during the Guinness Six Nations Rugby Championship match between Ireland and France at the Aviva Stadium in Dublin. (Photo By Ramsey Cardy/Sportsfile via Getty Images)

French head coach Fabian Galthie recorded an inconclusive test, and is due to be retested today.

"Following the PCR tests carried out last night in Marcoussis with the XV of France, all the players tested negative," the statement read.

"A member of the technical staff tested positive, as well as a suspicious and unproven case concerning Fabian Galthie who will be tested again."

The French side went on to say that the players were now isolating and interaction were being "kept to a minimum".

France are still set to face Scotland in the next round of Six Nations fixtures on February 28.

They're currently second in the table having won their opening two games.