Soho in London evacuated after discovery of an unexploded WWII bomb

LARGE sections of Soho in central London have been evacuated by police after an unexploded World War Two bomb was discovered on Monday afternoon.

Police were called to Dean Street at about 1.30pm after the explosive was discovered during building work. 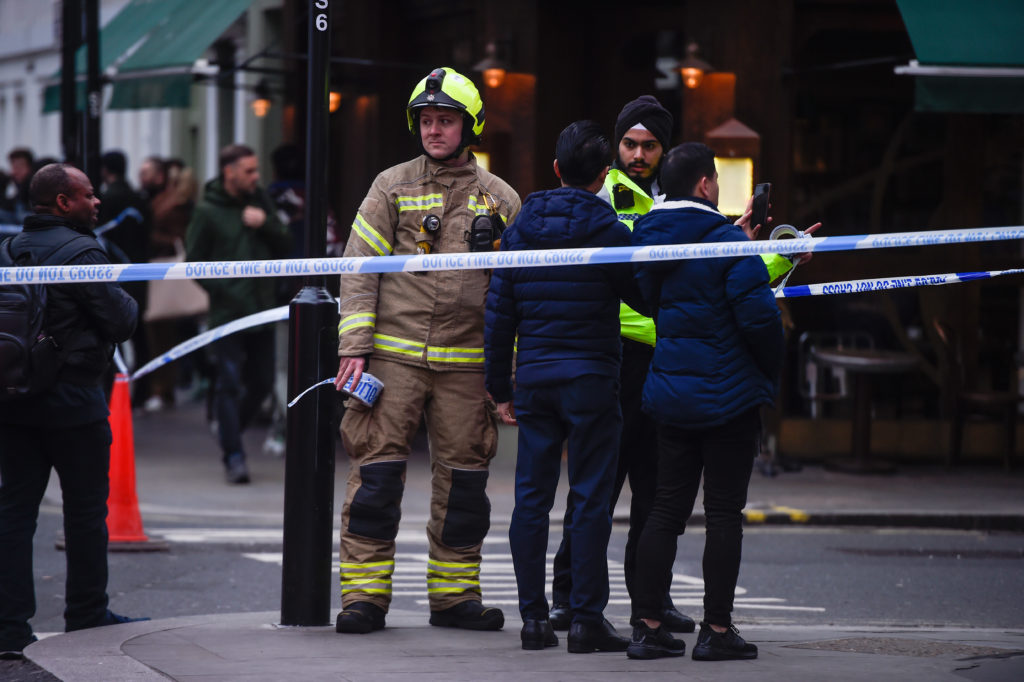 LONDON, ENGLAND - FEBRUARY 03: Police evacuate surrounding streets after an unexploded World War II device was found near the Soho Hotel on February 3, 2020 in London, England. Police were called to Dean Street at about 13:50 GMT after the ordnance was discovered during building work. (Photo by Peter Summers/Getty Images)

Soho Hotel, the Soho Theatre and the Groucho Club have all been evacuated.

Authorities have been called to the scene and are believed to be assessing the bomb to decipher how likely it is to be active.

A number of videos have surfaced online of hundreds of people lining the streets of Soho after evacuations began.