Something fishy going on as Charles and Camilla visit Cork

Charles and Camilla meet fishmonger Pat O'Connell, who met the Queen on her visit to Cork in 2011 (Image: RollingNews.ie)

THERE was something fishy going on as Prince Charles and the Duchess of Cornwall bumped into a familiar face during their visit to Cork today.

After spending two days in Northern Ireland, Charles and Camilla headed to Cork where they met fishmonger Pat O’Connell. 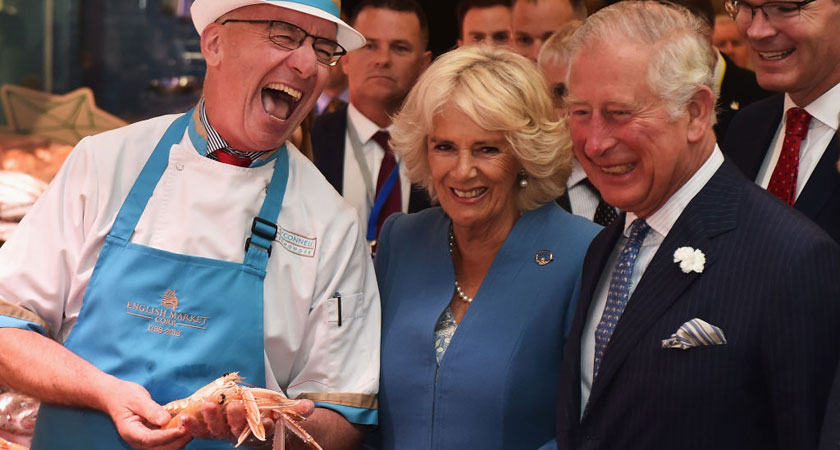 The trader at Cork’s English Market showed off his produce to the couple, just as he had with the Queen during her visit in 2011.

After hitting it off with the monarch during that visit, O’Connell earned an invite to Buckingham Palace in 2014. 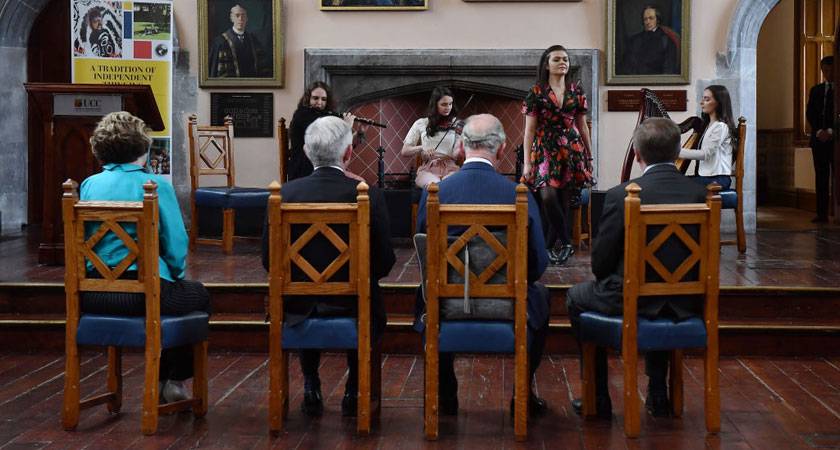 Today was the first day of two-day visit to Munster, with the couple heading to Kerry tomorrow.

After arriving in Cork, Charles and Camilla were greeted with a civic reception at City hall Hosted by Lord Mayor Councillor Tony Fitzgerald. 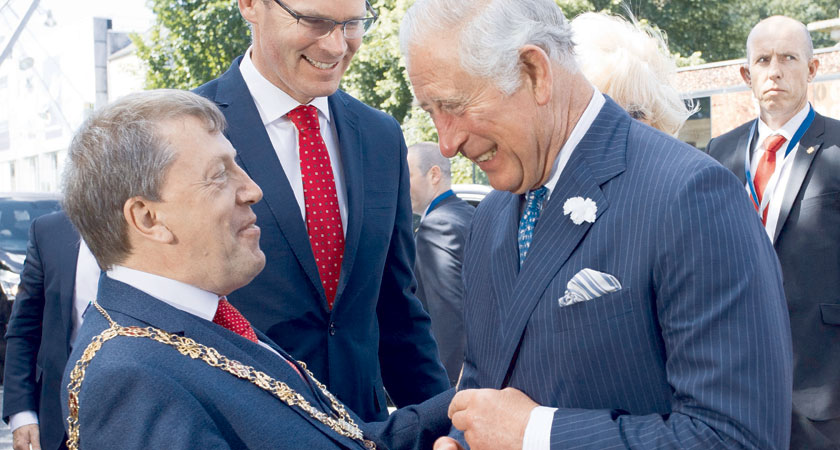 In a busy afternoon, The Duchess of Cornwall visited the Cuanlee Women’s Refuge, which supports women and children who have suffered domestic violence.

Camilla, who has long championed the work of those who tackle domestic abuse, presented the children living in the refuge with a hamper filled with treats as a parting gift. 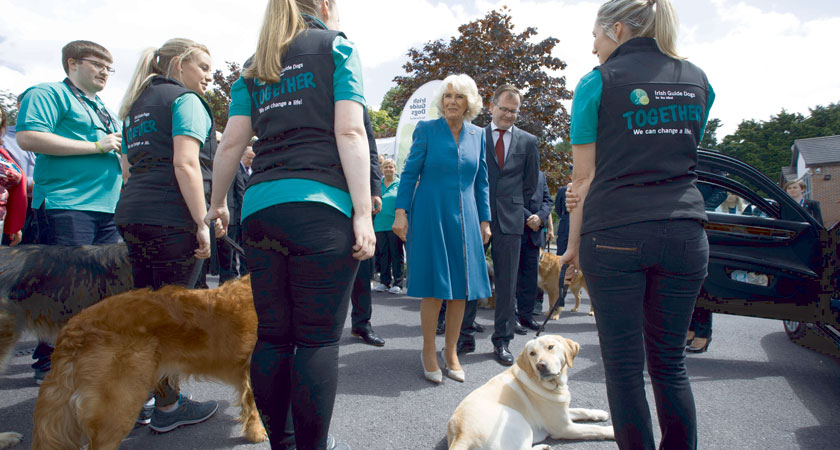 She also visited the Irish Guide Dogs for the Blind Training Centre.

Meanwhile Charles visited University College Cork, where he examined a recreation of a bothan, a one-roomed hut used by large sections of the population during the Famine. 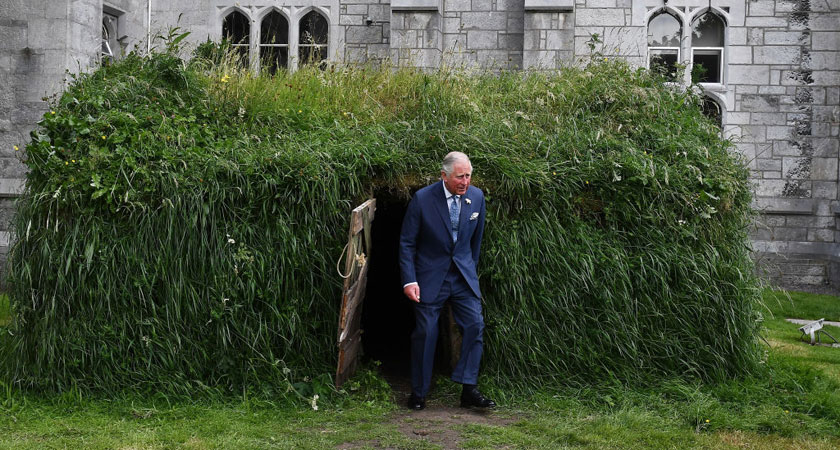 Later he visited the Haulbowline Naval Base where he boarded the LE William Butler Yeats and heard about the Irish Naval Service's involvement in rescuing migrants in the Mediterranean.

Tonight the pair are joining Tánaiste Simon Coveney at a dinner to celebrate the connections between Britain and Ireland and the continued good relations between the two nations. 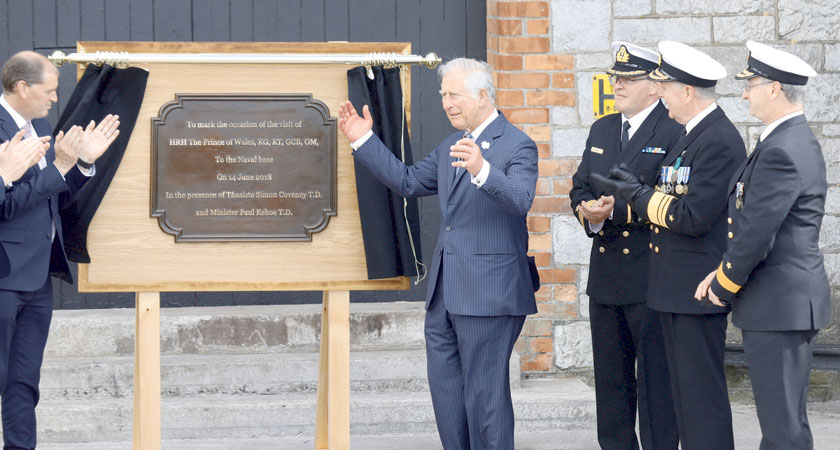 A plaque is unveiled at Haulbowline Naval Base (Image: RollingNews.ie)

Later, the Prince and Duchess will attend a garden party at Killarney House where they will be presented with the Order of Innisfallen, which recognises outstanding contributions to the local economy by people from outside Kerry. 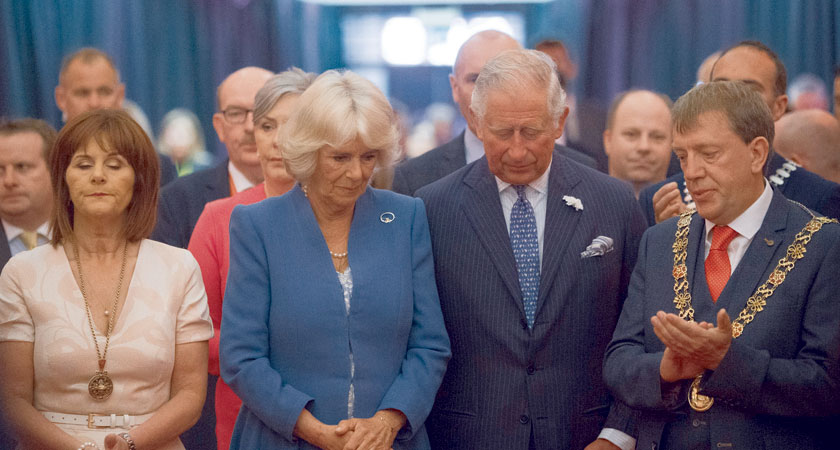 A minute's silence was held for the victims of the Grenfell disaster (Image: RollingNews.ie)