THE mucky remains of an RAF Spitfire that crashed in Ireland in 1942 have been recovered from a meadow in Co. Monaghan.

The plane was part of a weather-monitoring squadron operating out of Co. Antrim in 1942 at the height of the Second World War.

Its pilot – Lieutenant Gordon Hayter Proctor – safely bailed out of the plane over Northern Ireland when his instruments froze and the war plane’s engine failed.

But the aircraft continued to glide on before crashing in a field near Emyvale in Co. Monaghan – just across the Irish border.

The impact – on the bright Sunday morning of November 20, 1942 – caused a huge explosion and sent debris flying across the meadow. 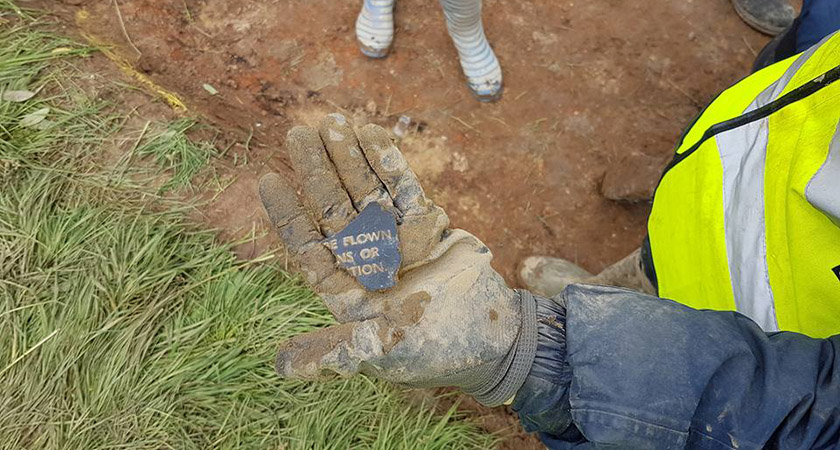 The artefacts will now be cleaned and catalogued before going on display at the Monaghan County Museum. Picture: Facebook

While much of the wreckage remained above ground and was eventually removed by the Irish Army, parts of the fighter were buried when it crashed.

On Saturday, an excavation of the site began, 75 years after the RAF Spitfire came down.

The aviation historian added that they had unearthed internal parts of the Rolls-Royce engine and plates inscribed with information such as manufacturing details. 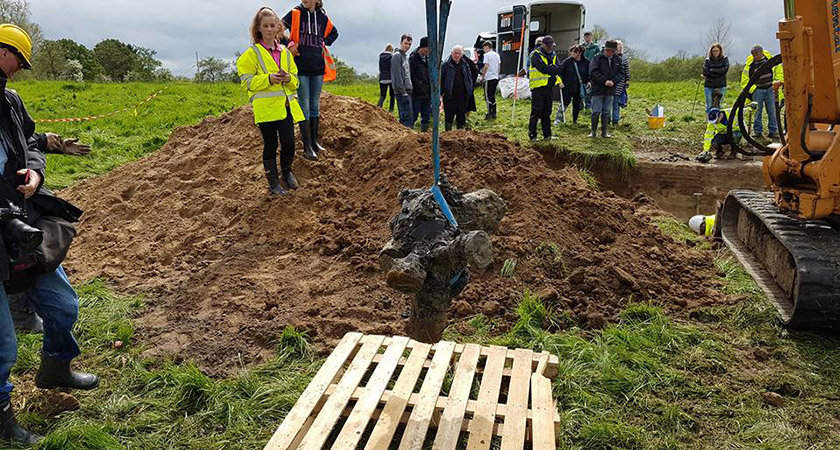 The fighter's Rolls Royce engine was among the recoveries. Picture: Facebook

"The cockpit door was a bit of a surprise," Mr McNee said. "The last person to use it was Flt Lt Gordon Hayter Proctor who was later declared missing while serving in Burma.

"He has no grave and now he will be remembered in a bit of Monaghan. The display will be homage to him."

Mr McNee added that the team would love to make contact with family members of Lieutenant Proctor.

"We had done our research and by looking at the Irish Army military archives, we knew that a substantial amount of the plane was taken away," he said.

"Back in September we applied for and were granted a licence to use ground-penetrating radar which detected the impact crater and showed sizable metallic remains." 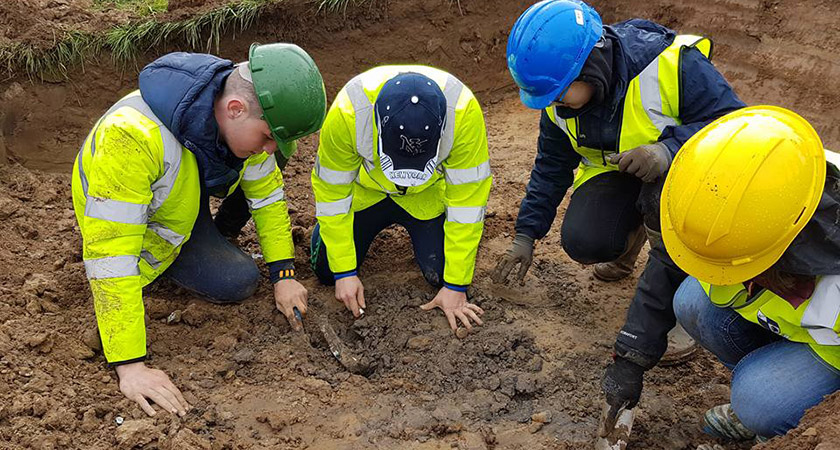 Pupils from three schools – two in Monaghan and one in Derry – were invited to help out at the dig.

They were joined by Josie McCusker, 80, who was just five years old when the Spitfire crashed on her father’s land and almost set the family farmhouse alight.

She remembers seeing the Spitfire fall from the sky all those years ago, and stayed for the entire duration of the dig.

"It was the morning, a Sunday morning and I remember the loud noise of it," she told BBC Radio Ulster.

"My father was milking cows in the byre and he heard the noise and he ran into the house thinking it was on fire. 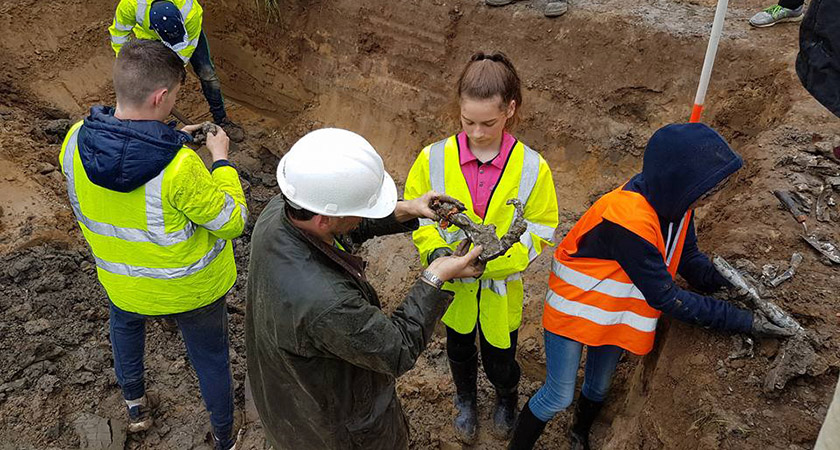 The spitfire is the first ever to be legally excavated in Ireland. Picture: Facebook

"We then discovered it was a plane - it took the tops off the trees and a piece of it fell down in a gooseberry bush behind the house.

"I remember much of the plane being removed by the Army, and remember seeing it on a lorry."

The remnants of the plane will now be cleaned, sorted, identified and catalogued before being donated to the County Monaghan Museum.

Drunk 'Irish' woman arrested after 'racially abusing, assaulting and spitting at Air India crew' when she was denied alcohol on flight to Heathrow