TAOISEACH Enda Kenny today asked all survivors of institutional child abuse in Ireland to forgive the nation for “abandoning them” at their time of need.

Speaking at the Whispering Hope Centre while in London this morning, where he met with Brit-based survivors of Ireland’s brutal Magdalene laundries and other institutions, he commended the bravery and dignity of those who came through those systems.

“I am aware that out there the state and Irish nation apologised to you, followed your stories and witnessed your transformation in a more insightful society,” he said. 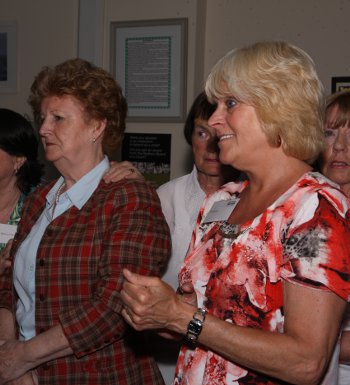 Survivors listen on as Enda Kenny ask for forgiveness

“Out there we showed little mercy and here we are asking you to be merciful to us, forgive us for abandoning you, and locking you up.”

He added: “While all this was going on out there, in here, in your hearts and heads, progress has been made.

“In here, we celebrate your lives, we’re uplifted by your sense of kindness, warmed by the prospect of the future. Your forgiveness started on a cold February night, when a nation took back a secret.

“While you have got your heritage back, you have given the country back to us. Ireland is so much more insightful than before. You redeemed us and restored our country.”

“So many Magdalene Women we have supported over the years, are overjoyed about the steps the Irish Government has taken to set the past straight, and take positive steps to ensure the ‘hidden Irish’ have much brighter, happier and secure futures.”

She added: “We've bore witness to the progress these women have made, in reconciling the past and ensuring their childhood ordeals and memories do not hold them back in the present, or future.”

Following a meeting with a group of Magdalene laundry survivors in February 2012, the Taoiseach pledged to address their issues and acknowledge the state’s part in their suffering.

A state apology was made in 2013 and a financial scheme launched to provide support and compensation for the Magdalene women and other survivors.

A pot of €250k was allocated for the Justice and Equality Minister to administer, of which funding was given to IWSSN to expand its operation to reach out to the large number of survivors living in Britain.

Set up in March 2014 the Whispering Hope Centre now provides services for Magdalene laundry women and the wider survivor community across the country. 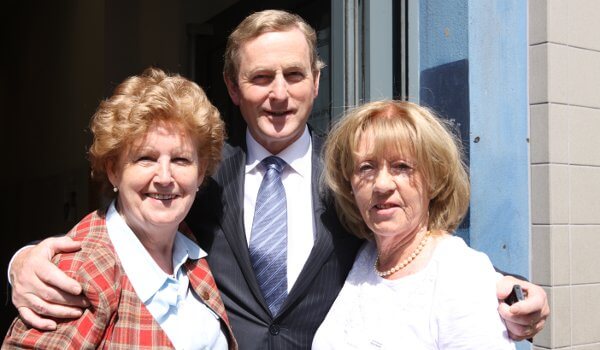