PUBS AND restaurants across Ireland are likely to remain closed until mid-summer at the earliest.

That’s according to Taoiseach Micheál Martin, who has warned that he "doesn't foresee" the hospitality sector reopening in the immediate future.

Speaking on RTÉ Raidió na Gaeltachta, the Taoiseach said: “We don’t foresee that (reopening pubs) before the middle of the summer.

"What the public health authorities are saying is that we stick with this until end of April, then we reflect on the situation and make decisions about the months ahead.

“There won’t be much of a change (after this phase) because the numbers are still too high ... what we intend is to reopen schools gradually.

"It will be slow, we’ll be cautious, because we have to monitor the effect on the virus.

"The biggest challenge we face is new variants as they could impact the vaccines.  It’s sensible to open slowly, as the vaccines are coming.”

Martin’s warnings come amid ongoing concerns over the emergence of new Covid-19 variants in Ireland with health chiefs confirming three cases of the Brazilian strain have been found on Irish shores. 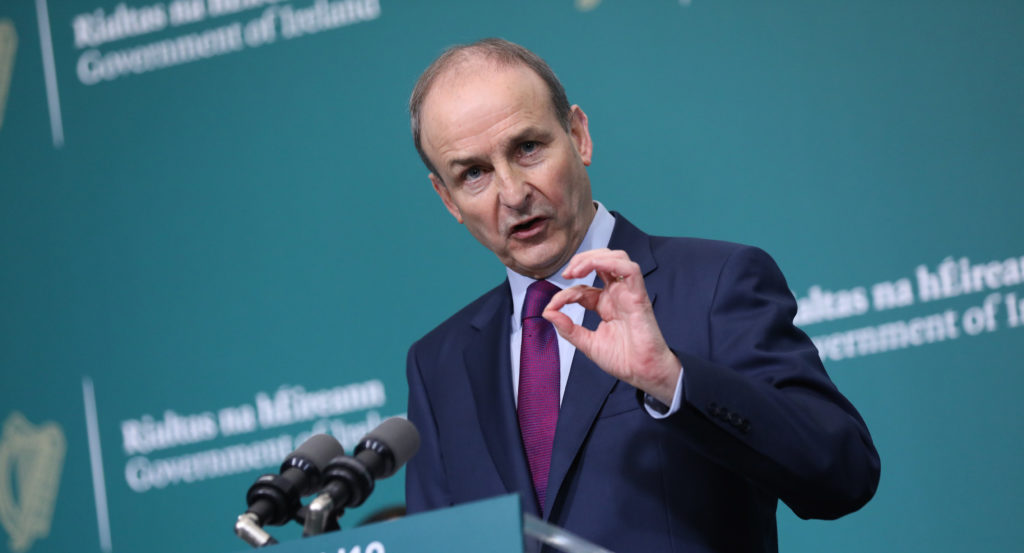 Tomás Ryan, Associate Professor at the School of Biochemistry and Immunology at Trinity College, has described the arrival of the Brazilian variant in Ireland as "very concerning”.

Speaking on Newstalk he said: "It's very concerning because this variant seems to have the capacity to evade the immune system so it may be able to infect people who have been vaccinated or who have previously been infected with the SARS-CoV-2 virus.

"We need to have a much better system for preventing new variants like this and like the South African one and the worrying new variants that have evolved in Bristol and in Japan, we need to stop them getting into Ireland.

"One of the consequences of the Christmas reopening and how we did it was we flooded the country with the new British Kent variant, which is now dominant in the Irish population.

"As a result of this, our lockdowns are going to be less effective and it's not clear we can live level three as long as this virus is in the community.

"That's the cost of letting these new variants in."

Despite the arrival of the Brazilian strain, case numbers continue to drop.

HSE data has revealed that 719 people are currently being treated for Covid-19 in Irish hospitals.

A total of 153 are being treated in intensive care.