Taoiseach of Ireland, Enda Kenny, has issued a heartfelt video to Mayo fans ahead of this weekend's game. (Source: YouTube)

TAOISEACH Enda Kenny has released a heartfelt video to Mayo fans ahead of this weekend's All-Ireland Final game.

The emotive speech comes two days before Mayo and Dublin compete for the All-Ireland Senior Football title on Sunday in Croke Park.

"This team, like all those before them," Mr Kenny said, "have one ambition in mind: to bring the ultimate prize west of the Shannon and end the long hunger that burns inside every man, woman and child in our county at home and abroad."

"Since 1951, our county warriors have given us their all; blood, sweat and a lot of tears," he said in the video posted on the Mayo New website. 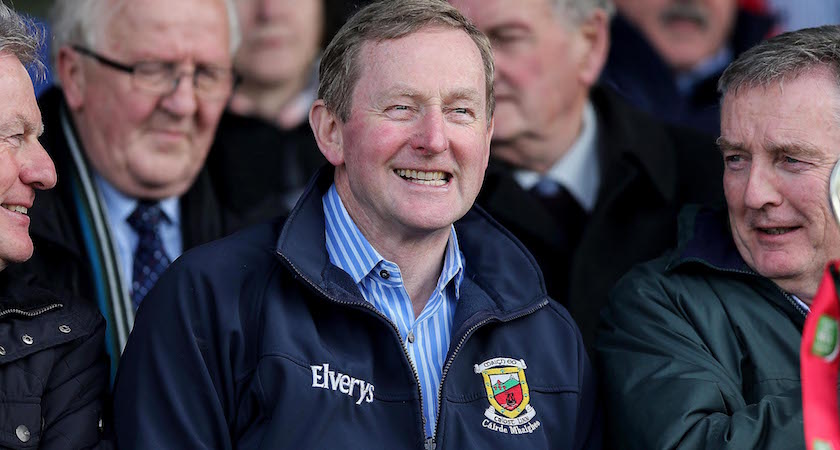 The Taoiseach is a long-time Mayo fan Picture: INPHO/Donall Farmer

"It's September again and Mayo are back in the greatest stadium on earth [...] And as they run out onto that sacred soil this weekend, the support from the West and around the world will be deafening."

The Taoiseach then acknowledged the Mayo fans' devotion to their team before telling them they "can dare to dream".

"You the supporters have always stuck by the green and red... Regardless of the outcome, you will stick by them again this year."

"But we can dare to dream; to beat the Dublin team, an outstanding football team of their generation," he added.

The Taoiseach's rallying cry to green and red fans to "give [the team] all our support" culminated in Mr Kenny wishing the team good luck in Irish.

Watch the video of the Taoiseach's speech to Mayo fans here...