AN TAOISEACH Micheál Martin has met the Governor of New York during his trip to the Big Apple.

Mr Martin is visiting New York City this week, and yesterday visited the 9/11 memorial where he stopped to read some of the names of the almost 3,000 victims of the World Trade Centre attacks.

According to RTÉ News, Mr Martin stayed a moment at the names of each of the six Irish victims to the attacks, including Ruth Clifford McCourt who, like the Taoiseach, was a Cork native.

He left six white roses on the names of each of the Irish-born victims.

Also during the business trip, the Fianna Fáil leader met with Governor of New York, Kathy Hochul-- the first woman to hold the role in the history of the United States, and a proud Irish American. 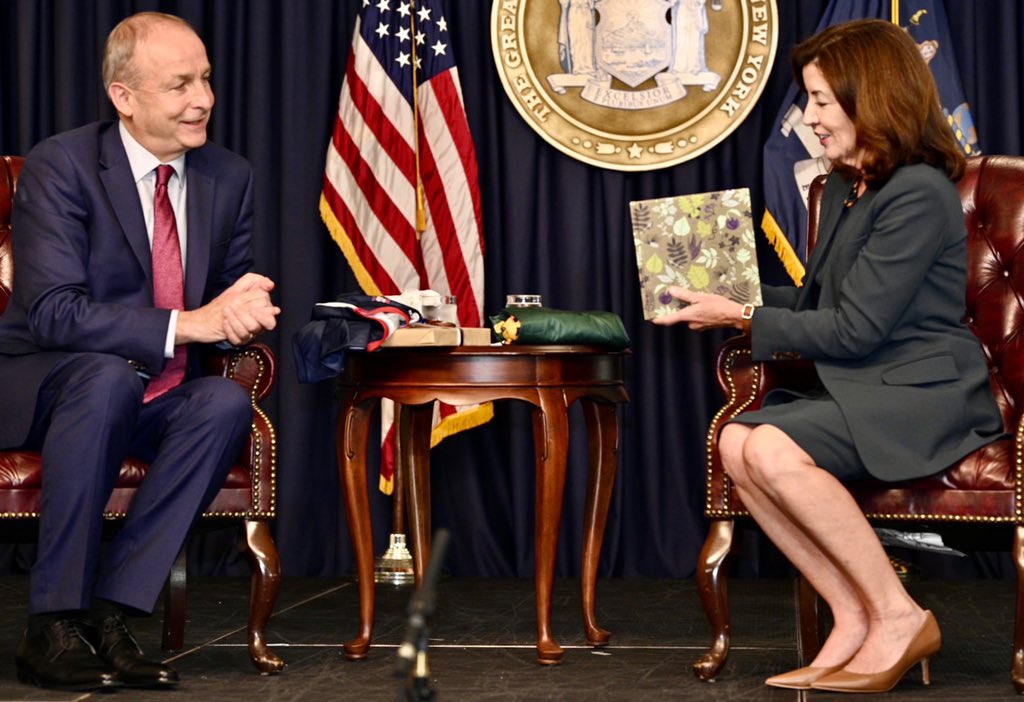 Sharing photographs of the pair meeting and exchanging gifts, Mr Martin said he "enjoyed" meeting Ms Hochul and discussing her roots to the Emerald Isle.

"We shared our experiences in tackling the pandemic, and the importance of connectivity between our two countries. We also discussed her proud Kerry roots, and her family’s love for the GAA." 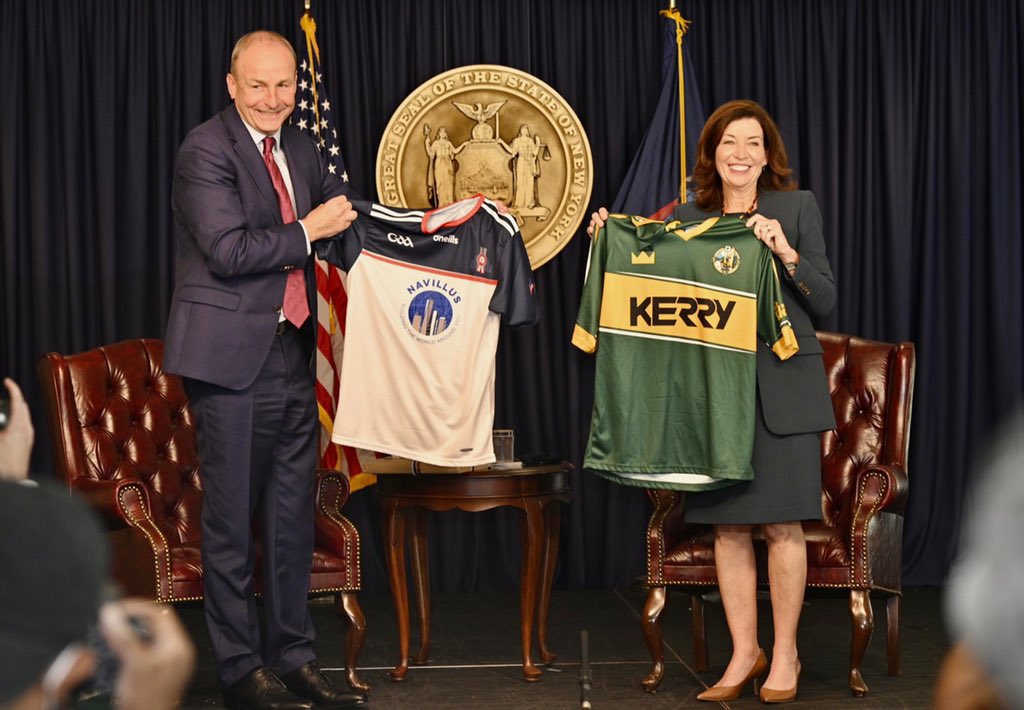 One of the images shows a smiling Ms Hochul holding up a Kerry GAA jersey.

One of six children, Ms Hochul has strong links to Ireland, with her grandparents hailing from County Kerry, and was raised Catholic, attending the Catholic University Columbus School of Law where she received a Juris Doctor in 1984 following her Bachelor of Arts degree from Syracuse University.

The Taoiseach continues his five-day trip to the United States today, where he is due to chair a meeting of the UN Security Council and will deliver an address to the United Nations General Assembly.