THE TAOISEACH has ruled out any referendum on Irish unity in the near future.

Speaking in an exclusive interview with FRANCE 24, Micheál Martin dismissed the notion of holding a vote on a whether there should be a United Ireland.

"I don't foresee a border poll certainly over the next number of years, not during the lifetime of this government," he said.

The Irish Prime Minister was also critical of AstraZeneca and the role they have played in the delayed rollout of Covid-19 vaccines across the EU.

The pharmaceutical firm previously announced that it would only be providing the bloc with less than half the doses it had agreed to provide up to March.

Martin told FRANCE 24 that AstraZeneca had to "take its degree of responsibility" for being unable to supplies it had promised to the EU.

He also expressed concerned that it remained "still unclear" as to whether the pharmaceutical firm could produce enough vaccines to honour its agreement in place with the EU.

"In my understanding, the Commission has not yet got transparency in terms of how the company is going to make up the deficit in quarter one supplies to the European Union member states," Martin said. 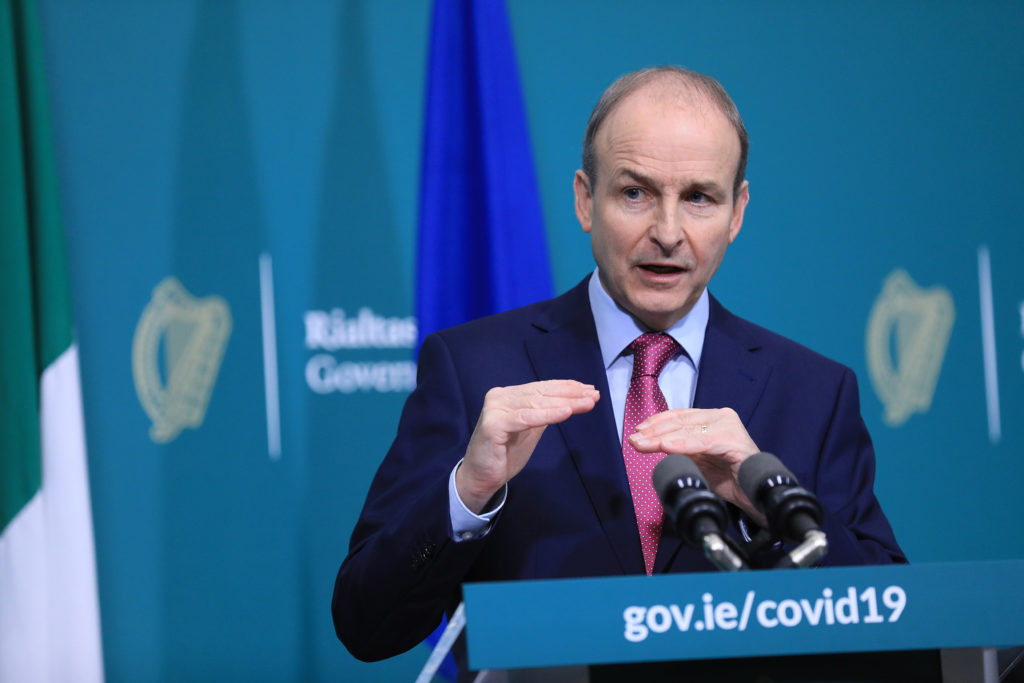 The Taoiseach’s remarks come a day after he urged the DUP to put politics aside and work towards a practical resolution to the problems created as a result of Brexit.

In an interview with RTE Raidio na Gaeltachta, Martin described the DUP’s stance on Article 16 as disappointing.

“We need to dial down the rhetoric,” he said.

“That type of politics is no good for anyone in my opinion.

“We all have an obligation to dial it down, to come together to discuss these questions.

“We have to put politics aside and deal with the issues within an economic, social and practical context.”

He continued: “We’re happy to work together with all parties to find a resolution to their concerns.

“There’s a committee where these matters can be discussed, and problems can be resolved, within the Northern Ireland Protocol, and they should be used.

“A lot of work was done over several years on this, and it’s not even two months since January.

“I think the most effective way to deal with the questions are within the Agreement.”

Irish unification will happen 'within a generation', says renowned newspaper editor and historian