SINN FEIN leader Mary Lou McDonald has heralded the victories enjoyed by pro-Scottish independence parties in the UK elections as “significant” for the future of Irish unity.

While the Scottish National Party (SNP) fell one seat short of the overall majority in Holyrood with 64 seats, a pro-independence majority was nevertheless voted into the Scottish Parliament thanks to the gains secured by the Scottish Green Party, which is also in favour of splitting from the union.

Speaking to Reuters, McDonald hailed the gains as further proof of a fundamental change in the politics of the UK and the future of the union.

The Sinn Fein leader, who has previously spoken of Irish unity being an inevitability, said she would be watching “very closely” to see what happens in Scotland.

"The result is significant... and I think it just echoes again that politics right across Britain and indeed in Ireland is undergoing a period of fundamental change," she said.

"There will be a border poll (on Irish unity), be in no doubt. We're down to a question of timing now. (But) of course a referendum in Scotland, of course independence in Scotland changes the constitutional arrangements fundamentally across Britain and will have a very strong effect here in Ireland." 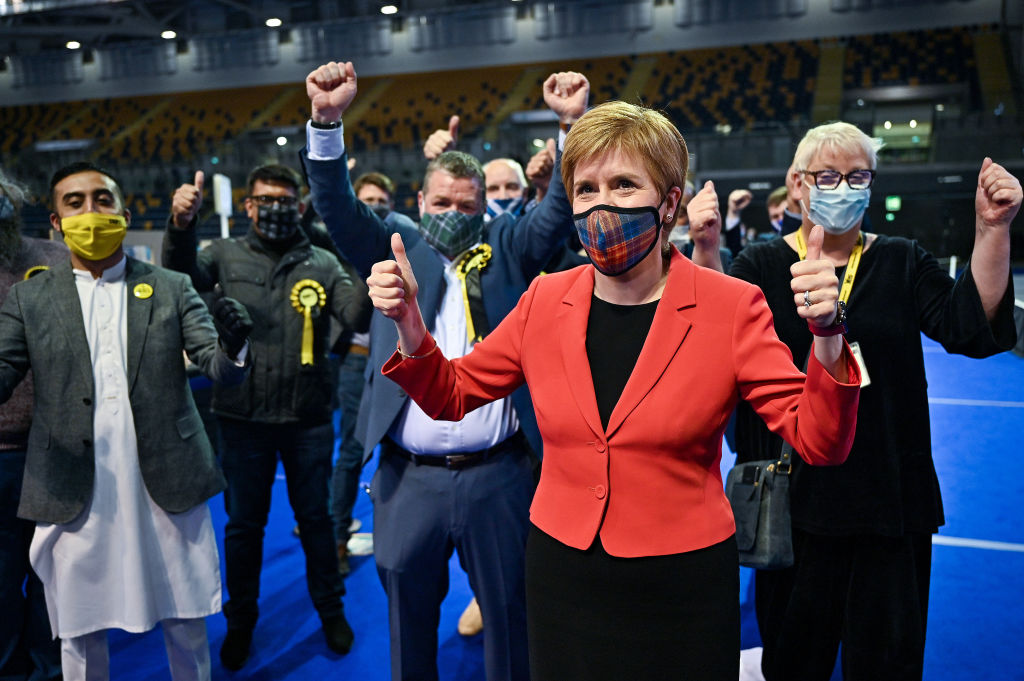 First Minister Nicola Sturgeon reacts after being declared the winner of the Glasgow Southside seat at Glasgow counting centre in the Emirates Arena on May 06, 2021 in Glasgow, Scotland. (Photo by Jeff J Mitchell/Getty Images)

UK Prime Minister Boris Johnson is likely to reject any calls for another independence vote given that a referendum on the subject was held in Scotland back in 2014.

Taoiseach Micheál Martin has also ruled out any referendum on Irish unity in the “next few years”.

"I don't foresee a border poll certainly over the next number of years, not during the lifetime of this government," he told FRANCE24 back in February.

Under the terms of the Good Friday Agreement, a referendum can be called in the event that a “yes” majority looks likely.

McDonald believes a border poll could take place within the next five years or by 2030 at the latest.

She told Reuters that next year’s elections to the Northern Ireland Assembly could be “hugely” significant for the future of the UK as we know it.

"Yes, there is chance that Sinn Fein will emerge as the largest party and therefore occupying the position of First Minister. In and of itself, that signposts again the reality of change and impending constitutional change."

Two-thirds of people in Ireland do not want flag to change if Irish unity is achieved, poll shows