Rachel, 47, previously spoke of her "devastation" at her son's legal trouble

MORE arrests could be made by Gardaí following a €30,000 drug seizure which may see the son of TV chef Rachel Allen spend a decade in prison.

Joshua Allen, 18, was arrested during a raid at a property in Shanagarry, Co. Cork last Thursday in which some €30,000 worth of cannabis originating from the United States was seized.

He was arrested under drug trafficking legislation and could face up to 10 years' imprisonment if convicted - although this would likely be reduced due to mitigating circumstances.

Gardaí are investigating if anyone else was involved in the drugs transportation and are reportedly working with US cops to make further arrests.

It is believed the 1.5kg of suspected herbal cannabis was intended to be sold in East Cork, but Gardaí say their investigation is still in its early stages.

A Garda source told Independent.ie: "The drugs will be analysed, the origin of the package involved will be investigated and numerous local lines of inquiry including an examination of financial data will be followed up."

Joshua's celebrity chef mum Rachel earlier issued a joint statement with her husband Isaac which confirmed their son's arrest and revealed he would be pleading guilty at the earliest opportunity to any charges brought by the DPP.

The Saturday Kitchen star and face of the Ballymaloe House cookery franchise admitted she was "absolutely devastated" by her son's actions. 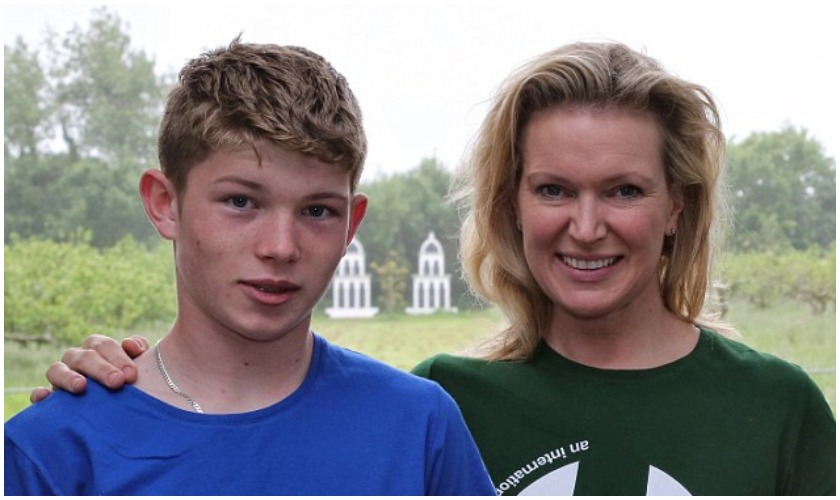 She said: "We are making a statement in response to, and hopefully to alleviate, the frenzy of enquiry and speculation on going in relation to our son Joshua.

"He has admitted his guilt immediately and co-operated fully with the Gardaí.

"A file has been sent to the Director of Public Prosecutions and when formally charged Joshua will be pleading guilty at the first opportunity".

Rachel, 46, added: "We are absolutely devastated at this turn of events.

"Our son is eighteen years old, has never been in trouble with the Gardaí, and has made a huge mistake, which will have profound consequences for him.

"We do not in any way condone his actions, in fact, we utterly condemn them, but it is not for us to condemn him.

"We must now try to look after our son and our family, the best way we can.

Allen is the author of six best-selling cookery books including Rachel's Favourite Food at Home, Bake and Home Cooking.

Her television shows have been broadcast internationally and she frequently appears on BBC's Saturday Kitchen.

She studied at the world-famous Ballymaloe Cookery School in Co. Cork and still teaches there.