IRISH GOVERNMENT OFFICIALS have been in contact with their Scottish counterparts this week in an attempt to ease tensions between the two nations with both claiming ownership of Rockall, an islet, some 400km off the coast of Co. Donegal.

Arguments have intensified recently as the Scottish government said its fisheries patrol would board Irish boats in the area if they refused to leave the disputed waters.

The uninhabited island, which is little more than a giant rock, just 25-metres wide, is seen as a lucrative fishing ground as well as a possible oil and gas hotspot.

It's located in the North Atlantic Ocean, over 200 miles from both the Irish and Scottish coasts. 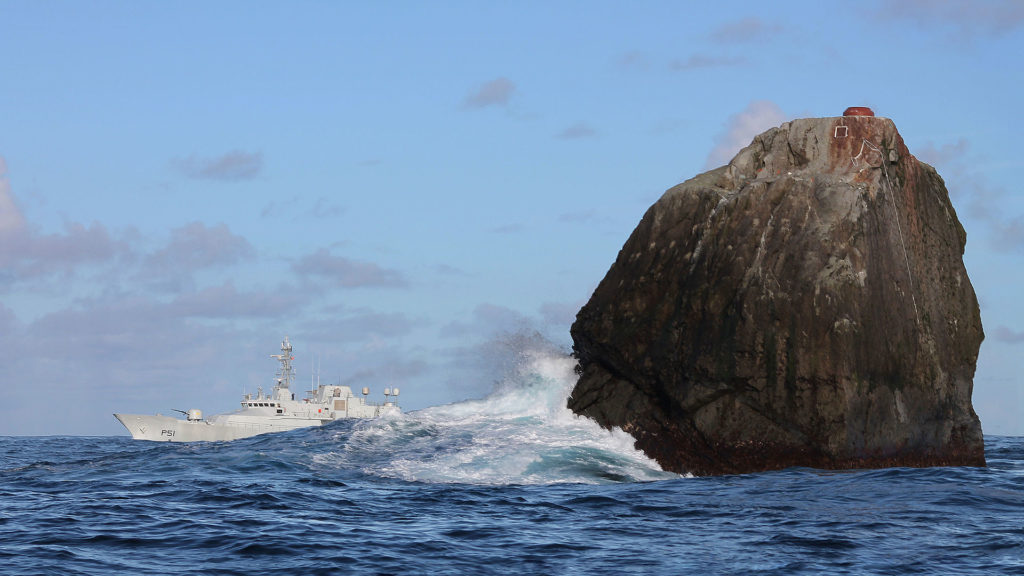 An Irish naval vessel on patrol near Rockall

The Scottish fisheries minister, Fergus Ewing, had earlier said his government's fisheries patrols would “invite” Irish fishing boats to “cease and desist” from he described as “illegal” fishing around Rockall.

If they refused, he said, “the vessel would be boarded and action taken in accordance with the law”.

Rockall was claimed by the United Kingdom in 1955, and was officially recognised as part of Scotland in 1972. However, Ireland doesn’t recognise this claim.

Irish Minister for Agriculture and Fisheries Michael Creed says that because of this, Irish fishermen were legally entitled to fish there under EU law. 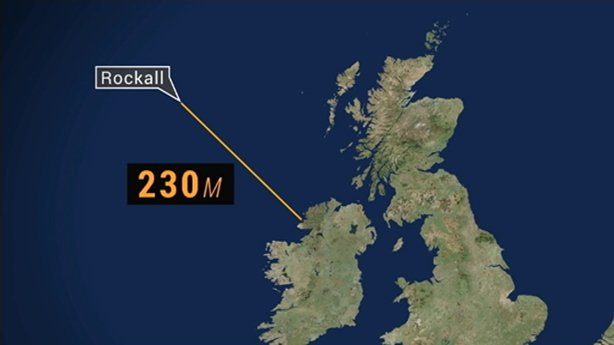 Rockall sits in the middle of the North Atlantic Ocean, 230 miles from the Irish coast

The nearest permanently inhabited place to Rockall is an island in the Outer Hebrides, in Scotland, around 370km away.

Ireland has always maintained that it doesn’t recognise Rockall as an official international borderline.

Because of this, they feel as if they should be allowed within the 12-mile limit that the UK has set up as part of its claim over the island.

In 2016, the Irish Minister for Foreign Affairs, Frances Fitzgerald, said that Ireland doesn’t want to claim sovereignty over the islet, and insisted that the UK’s claim is no basis for their right to the potential mineral and fishing rights that could be gained from the fertile waters surrounding Rockall.

“The consistent position of successive Irish governments has been that Rockall and similar rocks and skerries have no significance for establishing legal claims to mineral rights in the adjacent seabed or to fishing rights in the surrounding seas.”