Thousands gather in London for ‘Unite for Freedom' anti-lockdown protest

THOUSANDS DESCENDED on central London today as part of a protest organised to "expose the truth about Covid and lockdown".

Sizeable crowds were pictured demonstrating in the English capital for the “Unite for Freedom” rally which called for an “end to government lies” and an end to all lockdown restrictions in place across the country.

It comes despite more than 40,000 people dying from the virus in the UK.

According to a flyer promoting the demonstration several “top professional doctors and nurses” were due to speak at the event. 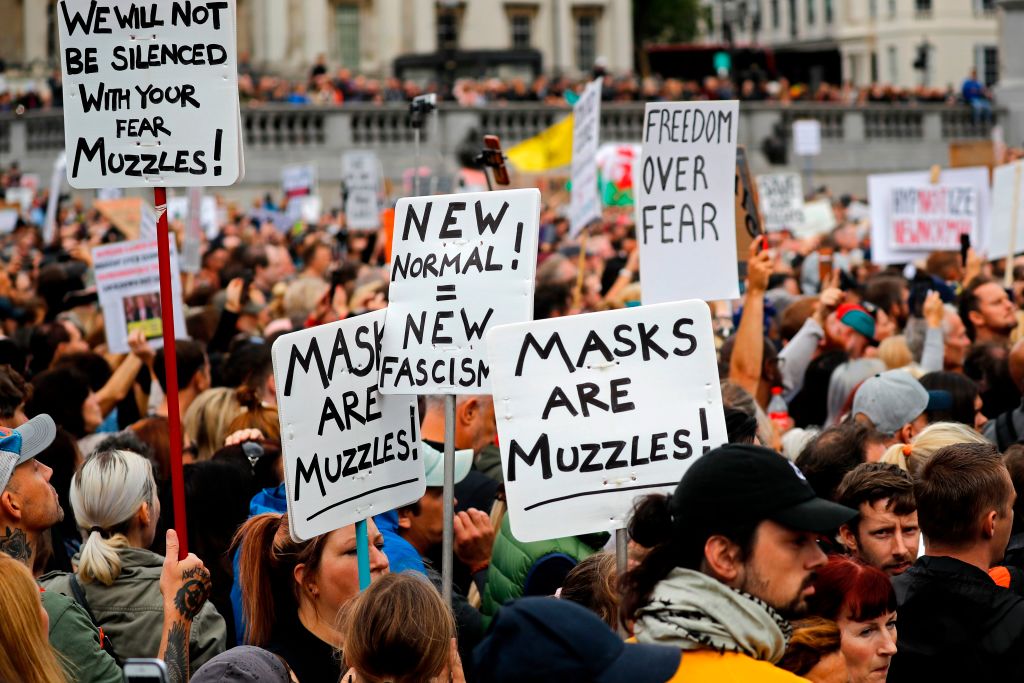 Piers Corbyn, the brother of former Labour Party leader Jeremy Corbyn, was among the notable names on the bill along with conspiracy theorist and former football commentator David Icke.

Promotional materials for the event urged those in attendance to “reject the tyranny” and warned of a potential two-year extension to the “draconian Covid laws” already in place.

Few, if any, protestors wore masks, while there were several homemade signs featuring anti-lockdown slogans like "masks are muzzles" and "new normal = new facism."

One appealed for "freedom over fear" while another called on the public to "find courage" and "Take back freedom". 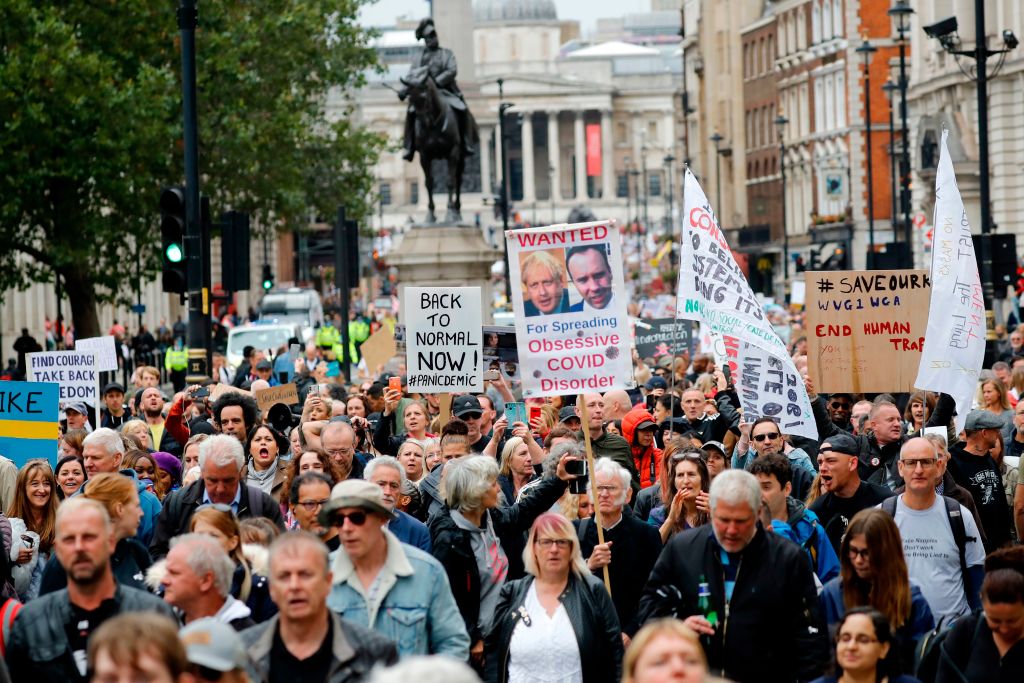 The protests came exactly a week on from similar demonstrations in Dublin, where hundreds gathered to call for an end to the Irish government's strict lockdown rules.

Protestors in Ireland were also opposed to the mandatory wearing of face masks on public transport and the introduction of hand sanitiser stations in shops.