UP to 10,000 people took to the streets of Dublin today in protest at Ireland’s housing crisis.

The Homes For All demonstration was organised by the National Homeless & Housing Coalition.

Unions, politicians and campaign groups were among those that took part as protestors marched from the Garden of Remembrance to Dame Street via O’Connell Street. 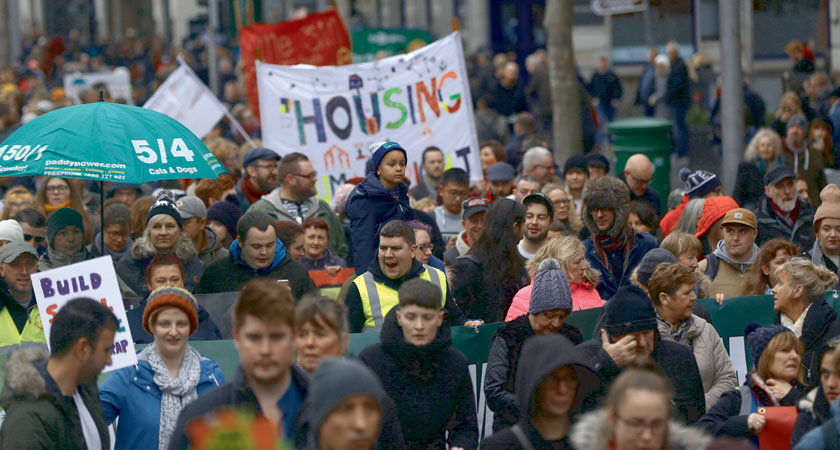 Coalition chair Tina McVeigh, a Dublin City Councillor for People Before Profit, said the protest was essential to keep pressure on the government, under whose watch homelessness had increased.

The latest figures from the Department of Housing show there were 9,724 homeless people in Ireland in October, up from 9,698 the previous month.

“The homeless figures that we saw during the week are just the sharp edge of the wedge,” she said.

“It hides the massive numbers of people across all sectors of society that are affected – students, young people, workers, pensioners, families… everybody’s affected by this crisis.

“We’re here today to stand in solidarity with people and to demand that the government take this housing crisis seriously and implement the radical housing policies that we need to provide homes that people can afford.”

Michelle Byrne from the Union of Students in Ireland said students were sleeping in cars outside colleges or commuting for hours a day to avoid escalating Dublin rents. 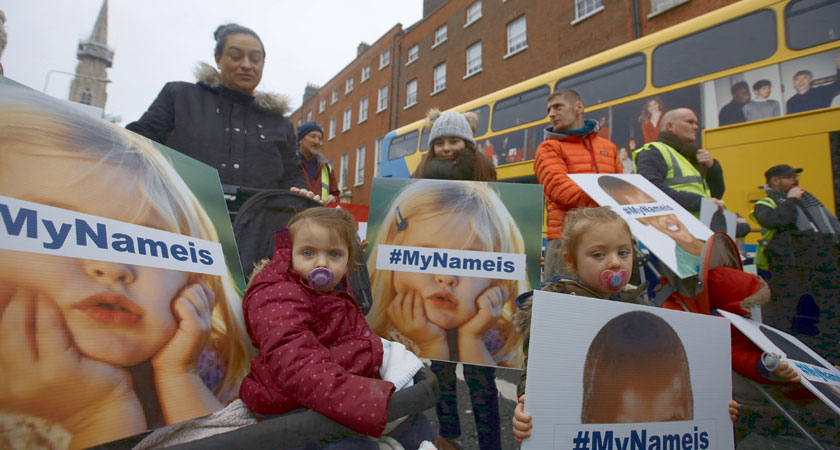 Meanwhile a minute’s silence was held for Jonathan Corrie, a homeless man who died four years ago today near the Dáil.

“Families right across the country are worried whether or not they will have a roof above their head in January.

“This is the Government’s greatest failure. On Taoiseach Varadkar’s watch, over 1,000 children have become homeless.

“This is unacceptable, and change is needed. The campaign for homes will grow and intensify in the New Year.”