WHEN The London Irish Construction Network was founded five years ago they set themselves a number of goals.

First and foremost they wanted to create a forum where Irish people working in the construction industry in Britain could share information about contracts and business opportunities.

They also wanted to hold an event at the House of Commons which acknowledged explicitly the powerful and important contribution of the Irish to the construction sector within this country.

Elsewhere on their wish list was the hope of securing Irish construction magnate Ray O’Rourke as a keynote speaker for one of their regular events. 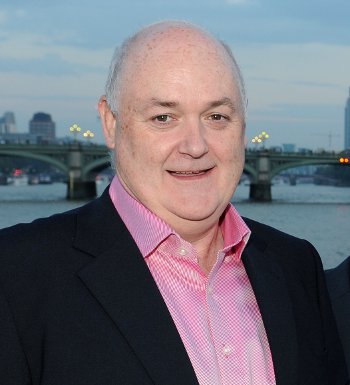 And as they passed the five year mark last month – having been officially founded on May 25, 2010 – they could proudly claim to have hit two out of those three targets already.

While they have yet to secure the presence of Mr O’Rourke - the Irishman at the head of the global construction giant Laing O’Rourke – at one of their networking evenings, the organisation has seen great success in everything else it has set its mind to in the past half-decade.

Earlier this year, as they made a start on celebrations for their fifth anniversary, they held a hugely successful networking event in Westminster.

There, just as they had hoped in their early days of operation, a range of MPs - many the sons and daughters of the Irish navvies who blazed the success in construction trail in Britain many decades previously - joined them to celebrate their achievements and that of the community at large.

“The House of Commons was a fantastic event for us,” TLICN co-founder Frank O’Hare told The Irish Post.

“We worked hard to get there and when we got there it all fell into place very well. We are proud to have achieved that in what is a milestone year for us, five years down the line.”

He added: “When we set the TLICN up we also set a few targets for ourselves. One of those was to have an event at the House of Commons, so to be there this year and get that recognition for our network, and also for the Irish community at large, was a very proud moment for us.

“Another goal was to have Ray O’Rourke as a keynote speaker at some stage - we haven’t succeeded in that yet but we are confident we’ll still get there.” 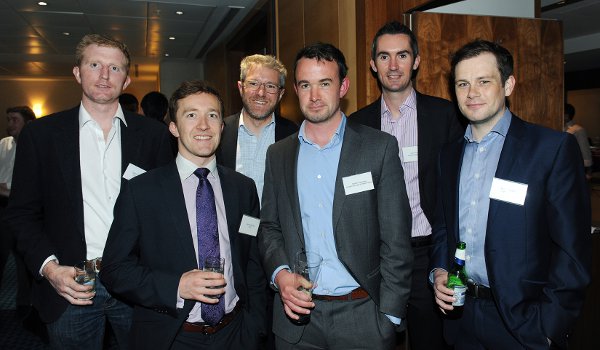 While the TLICN’s regular networking events – which largely take place at the Park Plaza County Hall Hotel in London – consistently attract a high level of speaker, and at least 100 of their 170-strong membership base, their success can also be measured by the impact their gatherings are having for their members.

“When we first set up the network we were a group of five men who met regularly on the commute from Ireland to Britain for work each week,” O’Hare admits.

“We started getting together to pass on information about new contracts and jobs and things like that, but we would also have a pie and a pint, as they say.

“Soon we started introducing our clients to each other and realised then that we had connected up about 30 people and that there was potential there to expand what we were doing into something a bit more formal.”

With a year of planning behind them the five founding members - Frank O’Hare, Danny Fealy, Con O’ Sullivan, Niall O’Dowd and Sean Daly – launched the TLICN on May 25, 2010.

“We held an event and it was packed, as every event since has been, and we soon saw there was a massive need for an Irish construction network here, a need that has remained over many years,” O’Hare explains.

“But rather than it being a group that people would use as somewhere to get a start, we kept the network on more of a professional level.

“It did provide an opportunity to share information about jobs and contracts, however, which has often proved very valuable for our members, and now we find that we have all sorts of companies, which have some connection with the industry, on our membership list.”

He added: “Different companies come for different things, of course, but we also have bankers, solicitors and lawyers at our events these days.

“They are people you might be surprised to hear is a member of a construction network, but they are connected and the more diverse the network is professionally, the more value it brings to all of our members.”

With four of the founding members still leading the TLICN - Danny Fealy has left the ranks as he has since resettled back in Ireland – the organisation plans to continue to embrace the organic changes that come as the group develops further in the coming years.

Their membership will continue to change, grow and strengthen with every new member - which is “vital” to keep the network fresh, according to O’Hare - but there are a couple of things that remain the same as they were five years ago.

The first is their membership fee – as a year’s subscription to the TLICN costs just £145, as it did when they launched in 2010.

The other is their desire to give their members an audience with Ray O’Rourke, which is now top of the TLICN agenda for 2015.