TRIBUTES have been paid to Captain Dara Fitzpatrick as the search continues for the remaining three crew of an Irish search and rescue helicopter missing off the Mayo coast.

At the time of her tragic death yesterday, Captain Fitzpatrick was 45 and had served with Search and Rescue Ireland for 20 years.

The Naval service and Garda Water Unit divers are assessing conditions for a dive on an area close to Black Rock, 10 miles west of Blacksod where the helicopters had refuelled prior to the operation in which communication was lost.

Captain Fitzpatrick's remains were recovered yesterday and flown to Mayo University Hospital where she was formally pronounced dead.

Her sisters, Niamh and Orla, paid tribute to their 'brave' sibling on Twitter.

My brave sister Capt Dara Fitzpatrick lost her life in #Rescue116 crash. We are devastated. Please pray for recovery of 3 remaining crew.

Mark Abbey, the Regional Director of CHC EMEA - a helicopter services company who specialise in search and rescue missions - said they were "devastated" by the loss.

“It is with deepest regret that we can confirm that Captain Dara Fitzpatrick passed away following today’s accident off the coast of County Mayo in the early hours of this morning," he said.

“We are devastated by this tragic accident. Our thoughts are with Dara’s family and friends, as well as those of the three crew who are still missing.

“The extensive search and rescue mission is ongoing.”

The Irish Coast Guard added that efforts to locate the other three crew were continuing.

"The search operation off the Mayo coast [...] continues today with resources from the Coast Guard, RNLI, the Naval Service, An Garda Síochána and local fishing vessels on scene," it said.

The missing helicopter, Dublin-based SAR (Search and Rescue) 116, has been providing assistance to the Sligo-based SAR 118 to complete a medical evacuation of a crewman from a British-registered fishing vessel around 1am yesterday morning, March 14. 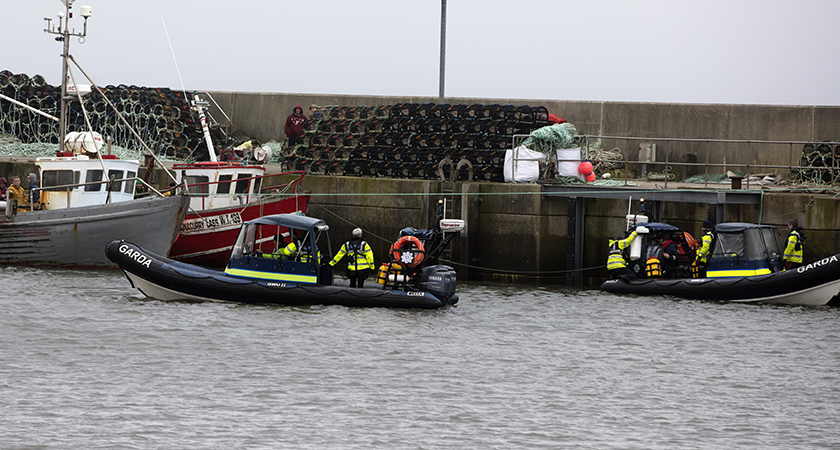 Emergency Service activity day two at the search scene for three missing members of the Irish Coast Guard whose helicopter crashed while on a rescue mission off Co. Mayo. (Picture: Eamonn Farrell/RollingNews.ie)

Contact with the Dublin helicopter was lost around 1am and a major search operation commenced yesterday involving SAR Helicopters from Sligo and Shannon, as well as the Air Corps Casa - a maritime patrol aircraft.

"Owing to the distance involved safety and communication support, known as Top Cover, was provided by the second Coast Guard helicopter, the Dublin based R116."