THE TEENAGE cyclist who was killed in a tragic Luas collision in the early hours of Sunday morning has been named as student activist and Labour Youth chairperson Cormac Ó Braonáin.

The 19-year-old was cycling near Peter's Place on Dublin's Charlemont Bridge at around 3am on December 15th when he was struck by the tram, which was operating on a late-night service schedule in the lead-up to Christmas. 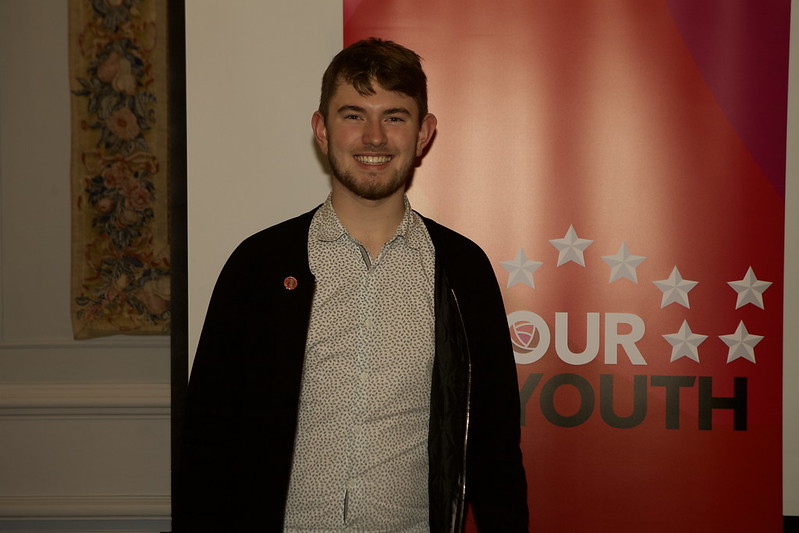 Emergency services were called but Mr Ó Braonáin was pronounced dead at the scene and his body removed to the City Mourge in Whitehall.

On the day of his death, Mr Ó Braonáin had attended an anti-racism rally in Dublin's city centre, retweeting a post from Labour Youth, of which he was the Chairperson, which stated "We stand in defiance to the growing trend in openly racist attitudes being expressed by some groups in Ireland".

The aspirational political leader had made a huge impact in his young life, and many public Irish figures offered their condolences to his devastated family.

Terrible news to hear of the tragic death of Cormac Ó Braonáin. Such a lovely, passionate and positive person. Deepest sympathies to his family, friends and to his comrades in @labour and @labouryouth #cormacobraonain https://t.co/SDHRiuol42

The President of Ireland, Michael D Higgins, paid tribute to the teenager who had once campaigned for his re-election, saying "Cormac's energy, idealism, generosity, creativity and commitment to social justice and his vision of a kinder, more just society were exemplary".

The Irish Labour Party said that Mr Ó Braonáin "embodied all that was good about our movement and would have been a leading light in the future of our party".

Cormac Ó Braonáin embodied all that was good about our movement and would have been a leading light in the future of our party.

Our thoughts are with his family and all of his friends. Ar dheis dé go raibh a anam dílis. https://t.co/pfSumtj7ls pic.twitter.com/thdb0uUBqn

Taoiseach Leo Varadkar described Mr Ó Braonáin as an "idealistic young man who had a bright future" and offered his condolences and that of his party, Fine Gael, to his family and friends.

Statements from seperate political parties including Ógra Shinn Féin and Ógra Fianna Fáil also offered their condolences to the "young man of integrity who went above and beyond to play his part in Irish society", and many people-- public figures and citizens-- mourned Ireland's loss of Mr Ó Braonáin's passion and potential.

My thoughts this evening are with the family and friends of Cormac Ó Braonáin, chair @LabourYouth. Cormac was filled with energy and passion to help others. His tragic death has shocked everyone @Labour. My sincere sympathy to his loved ones. Ar dheis dé go raibh a anam dílis.

Absolutely shocked to hear of the death of my friend and comrade Cormac Ó Braonáin. Whatever he did, he excelled at. Wherever he fought, he led. Whatever he stood for, he never relented. Ar dheis Dé go raibh a anam. pic.twitter.com/1FJGTaTTXy

I keep writing and deleting things to say about Cormac Ó Braonáin because nothing seems good enough. Only 19 years old and he achieved so much. He still had so much more to achieve. A tragic loss. I’ll miss you dearly friend. #cormacobraonain

Gardaí are appealing for anyone who may be able to assist in their investigation into the fatal collision to contact Pearse Street Garda Station on 01 666 9000, the Garda Confidential Line on  1800 666 111 or any Garda Station.