"He was the master, a once off and the likes of which we will never see again."

Tributes have been flooding in for veteran broadcaster Gay Byrne following the announcement of his death today, 4 November 2019, at the age of 85.

There is not a single person in Ireland who won't be affected by this news today-- from the children who grew up knowing him as the presenter of the Late Late Toy Show until 1999, to journalists who were inspired to follow in his footsteps, he was a staple of Irish life and the face of broadcasting in a country which is today almost unrecognisable compared to when he began his career in Ireland in 1958.

Renowned for his quiet dignity and truly brilliant reporting, Gay Byrne, known affectionately as Uncle Gaybo by the entire nation, had a career which spanned more than four decades, and the significance of his loss is one which cannot be understated.

Now tributes are being paid to the man who The Irish Times once called "the most influential radio and television man in the history of the Irish State". 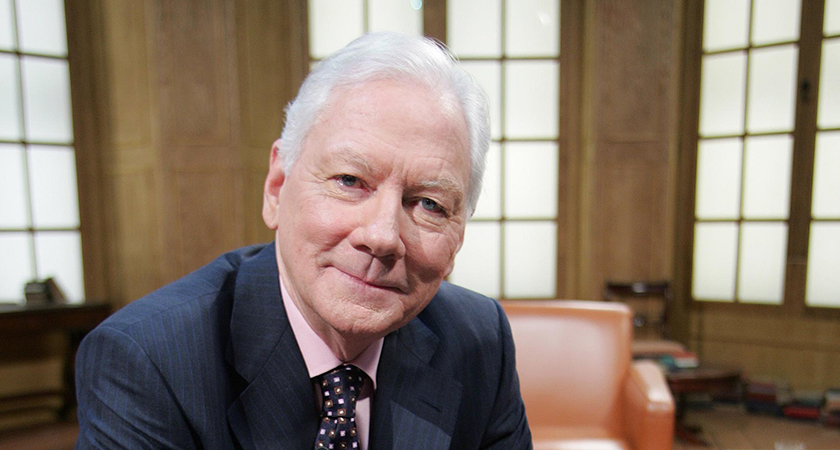 The President of Ireland, Michael D Higgins, led the tributes, calling him "A man of great charisma" who "exuded warmth and presence, who was possessed of effortless wit, charm and who had a flair for broadcasting" combined with "an innate gentleness as a person, professionalism and humour".

"Through his work in radio and on television he challenged Irish society, and shone a light not only on the bright but also the dark sides of Irish life.

"In doing so, he became one of the most familiar and distinctive voices of our times, helping shape our conscience, our self-image, and our idea of who we might be.

"Beyond compassion, which he had in abundance, he had a sense of what was just."

Taoiseach Leo Varadkar also added his condolences, calling the former RTE presenter "the most influential broadcaster in the history of the State, a much-loved figure who changed Ireland for the better in so many ways".

"On radio and on television over so many decades ‘Uncle Gaybo’ provided a voice for all those who had been silenced or were afraid to speak up, and helped us confront things that needed to be changed."

Colleagues, friends, and the public who grew up under his influence have also honoured the Dublin man, and we will let their words speak for themselves.

"End of an era" is a cliche but with the passing of Gay Byrne it is unavoidable. He was a huge figure in Irish life for 4 decades. He didn't just reflect change, he helped it along.

Very sad news about Gay Byrne. Canvassing for same sex marriage, a woman was unsure and I asked if I could leave a leaflet. This was the next one. I saw her face instantly change, "he's voting yes?" and that was that. pic.twitter.com/je07Ryq7yG

So sad to hear of the passing of Gay Byrne, a man who has always been so kind to me over my my career.
Thank you for everything my friend, Rest In Peace. Love to Kathleen and all Gays family. 🙏🏻 pic.twitter.com/H4jFrjrgkV

"He was the master, a once off and the likes of which we will never see again"
- Ryan Tubridy

Gay Byrne: The voice and heart of a nation 🎙❤️

Always loved and will be forever missed

Gay Byrne was the one true genuine giant of Irish broadcasting. We grew up watching to him, listening to him and hoping that in some small way we could emulate the influence he had in our world.

My genuine sincere condolences to his family and friends. https://t.co/RNh67wflbv

Very sad to hear of the death of Gay Byrne. Hard to explain how huge a presence he was in Ireland for 40+ years; a legendary, instinctual broadcaster; that rarest thing, a gifted listener; and an interviewer of huge emotional intelligence. An enormous life.

So saddened to hear of the passing of Gay Byrne -a broadcasting legend who did so much to lift our spirits,shape our society for the better and bring warmth into so many homes over the years. Sympathies to Kathleen,Suzy and Crona.May he rest in peace.