TWO proactive Irish friends have raised over €50,000 to help with the humanitarian crisis in Calais.

Tracey Ryan and Elaine Meirtneach from Thurles in Tipperary have so far raised €53,000 (around £39,000) to help with the refugee crisis in Calais. The pair plan to travel to the camps known as 'the jungle' on October 1, taking over supplies for the refugees.

Organiser Tracey Ryan, 36, now living in Cork, set up the Facebook page with her husband after seeing distressing images of the camp on the news.

“We set up a small Facebook group and a funding site, we expected to get maybe a few thousand euros, and then it just mushroomed." 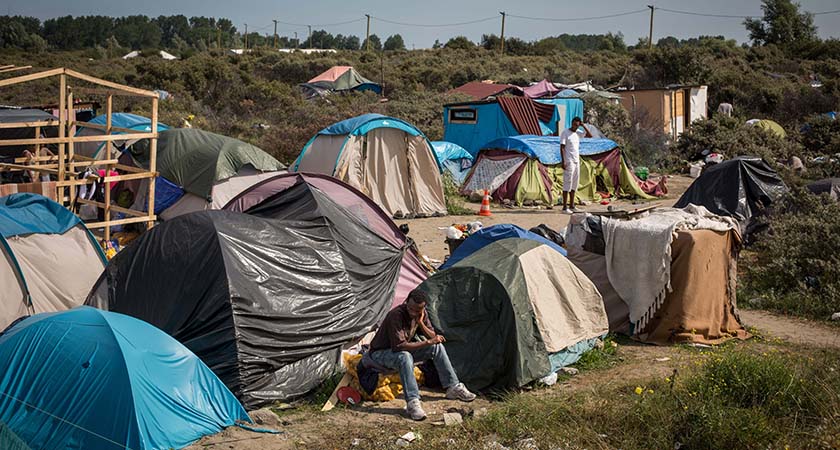 Tracey, who runs her own skincare business, had originally hoped to attract funds and donations of clothes and toiletries from local residents in Cork, but almost overnight she was receiving offers of donations from across the country.

Less than a month later there are collection points from Dublin to Sligo and well  over 50,000 euros has been donated to the crowdfunding site.

She told The Irish Post: “The response form Ireland has been incredible we now have around 30-40 collection points across the country.”

As the campaign grew she invited childhood friend Elaine Meirtneach to help out.

Elaine, 37, an IT tutor said, “The response from the whole of Ireland has been fantastic. It's gone way over anything we ever expected.”

When all this started there was no real way for Irish people to channel their concern, so the second Tracey put up that Facebook page, it just went boom. It gave Irish people a people a way to help.”

"Irish people love to help, it's a really Irish thing, it makes you very proud."

You can find out more about the campaign here, or donate to the crowdfunder here.