A woman sits next to newborn babies who lost their mothers following an attack in a maternity hospital, in Kabul on May 13, 2020..(Photo by STR/AFP via Getty Images)

TWO NEWBORN babies are among the dead after gunmen stormed a maternity hospital in the city of Kabul, killing 24 people.

The horrific attack took place in the Afghan city on Tuesday of last week, at a maternity hospital where medical charity Doctors Without Borders run a clinic.

The victims were largely nurses, mothers and their babies.

Up to 100 women and newborn babies were evacuated from the hospital following the shooting rampage once it was deemed safe, according to the BBC. 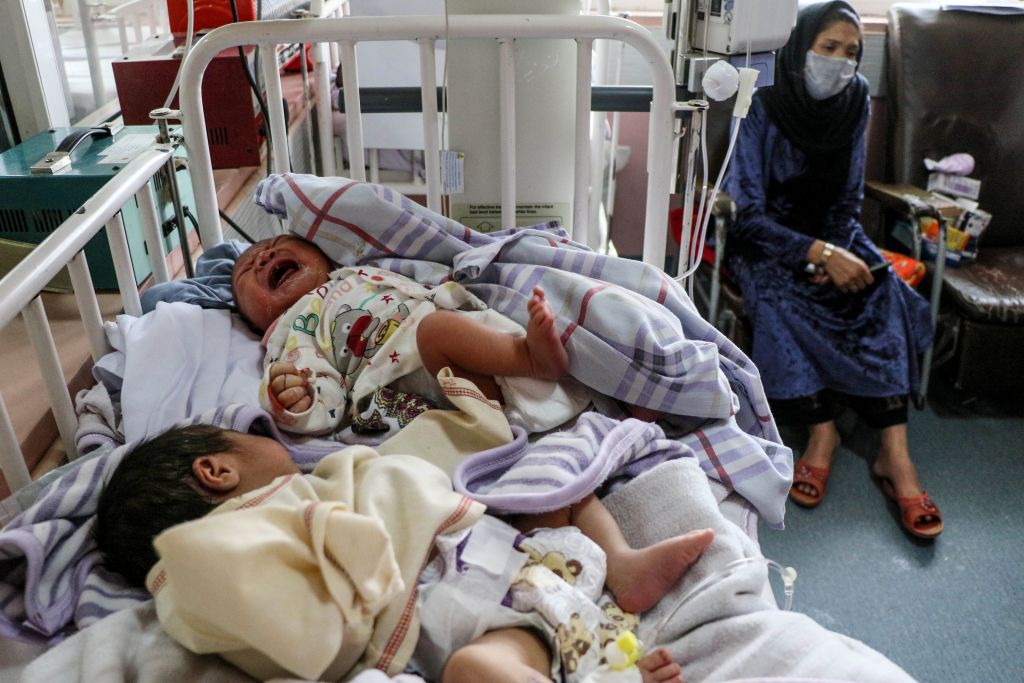 A woman sits next to newborn babies who lost their mothers following an attack in a maternity hospital, in Kabul on May 13, 2020..(Photo by STR/AFP via Getty Images)

It is understood that the mass murder was carried out by at least three men, who dressed as police officers to gain entrance to the hospital before throwing grenades and shooting indiscriminately.

An official told the BBC that Afghan special forces had killed the three attackers.

Reuters reports that one woman, who had been trying to conceive for seven years, lost her newborn child just four hours after he was born.

She had named him Omid, meaning 'Hope'.

One such image, posted to Twitter by Lotfullah Najafizada of TOLOnews, bears the caption: "Born to see this? Time to rethink."

Born to see this? Time to rethink! pic.twitter.com/RK2ZYg1PvL

No terrorist organisation has claimed responsibility for the attack, which Interior Ministry spokesperson Tareq Arian has called "an act against humanity and a war crime".

On the same day in the same city, a suicide bomber killed at least 24 more people who had gathered to pay respects at the funeral of a police commander, for which the so-called Islamic State claimed responsibility.