TWO UK nationals have been arrested following separate drug seizures by Revenue Officers in a matter of days.

Last Saturday, €1.8million worth of suspected heroin was found in luggage at Dublin Airport.

Meanwhile on Thursday, a detector dog helped uncover more than €400,000 of cannabis resin at Rosslare.

In the first incident, 13kgs of suspected heroin were found concealed in a passenger’s luggage at Dublin Airport during a routine operation.

The luggage belonged to a UK national in his 20s, who had arrived on a flight from Dubai. 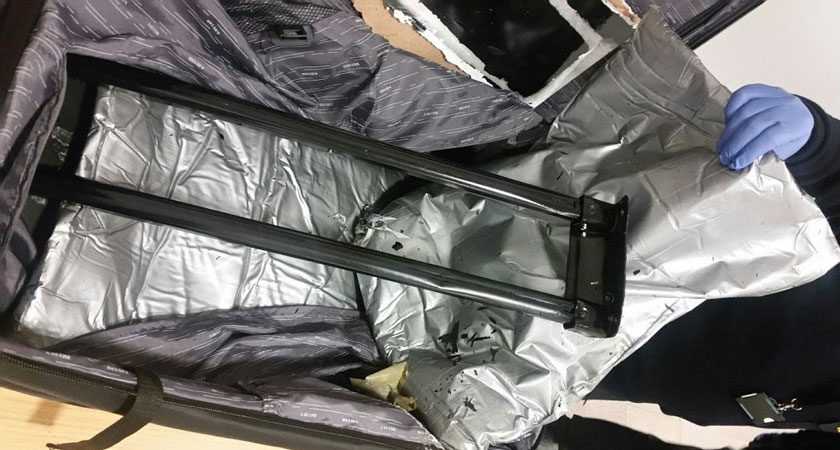 The suspected heroin was concealed in luggage belonging to a passenger who had arrived from Dubai (Image: Revenue)

He was arrested under Section 2 of the Criminal Justice (Drug Trafficking) Act 1996 and brought to Ballymun Garda Station.

He appeared at Cloverhill District Court on Friday charged with importing heroin and was remanded in custody to Cloverhill Prison until October 25, when he will again be brought before the court.

In the second incident, Revenue Officers seized more than 67kgs of cannabis resin with an estimated street value of €403,000 at Rosslare Europort.

The drugs were discovered during a routine check of a UK-registered SUV arriving from Cherbourg, France on Thursday. 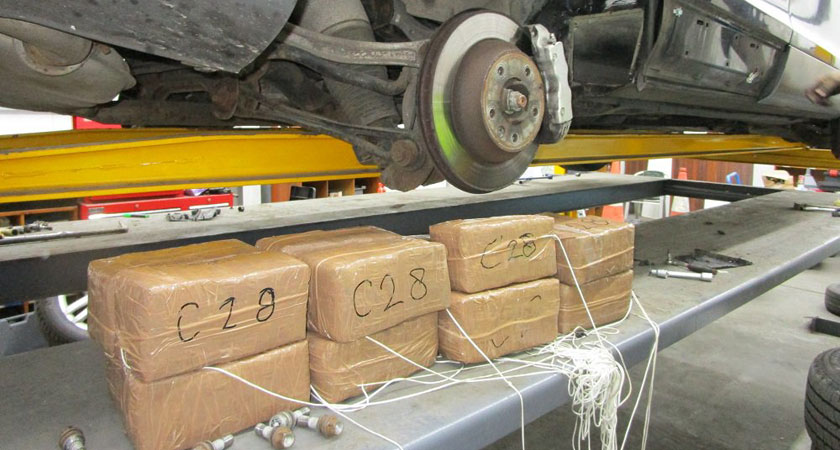 The cannabis resin was discovered in the SUV's chassis sills (Image: Revenue)

With the assistance of Revenue’s mobile x-ray scanner and detector dog Defor, the drugs were discovered in the chassis sills of the jeep.

A UK national in his forties was arrested by gardaí at the scene and was taken to Wexford Garda Station.