TYRONE sealed a place in the All-Ireland SFC final after a thrilling 3-14 to 0-22 extra-time win over favourites Kerry.

The Red Hands had their preparations hampered by a Covid outbreak that almost forced them to concede the tie.

However, the three-time winners are back in the final for only the second time in 13 years.

Speaking after the game, an emotional Kieran McGeary was asked about defying the odds. 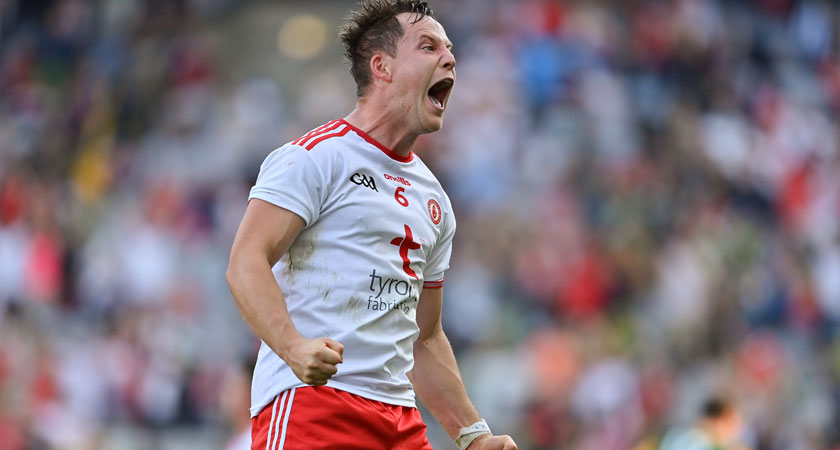 It was nip and tuck throughout the first quarter but after the Kingdom had a Stephen O'Brien goal disallowed at 0-5 apiece, Connor McKenna found the net for Tyrone.

David Clifford, who scored 0-8 for the Kingdom, kept his side in contention as they trailed by the minimum at the break, 1-7 to 0-9.

Tyrone extended their lead after the interval but two quick-fire points from Clifford brought Kerry level at 0-11 to 1-8. 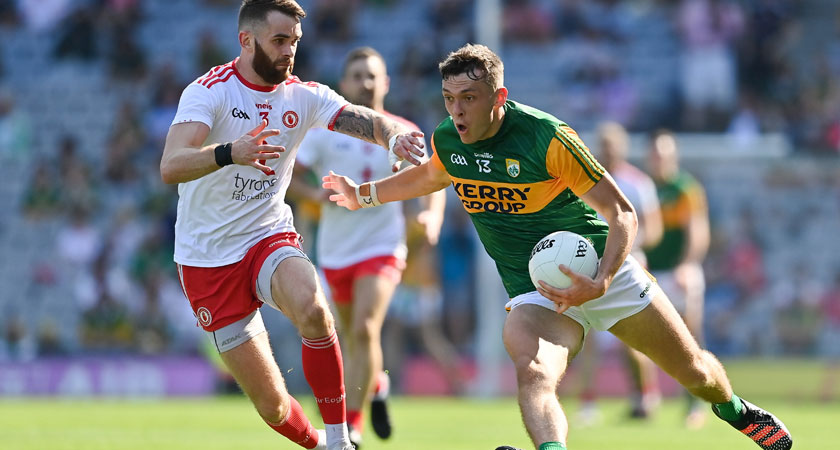 With Niall Sludden seeing black for Tyrone and with the breeze favouring Kerry in the second half, the signs were ominous for the Red Hands.

Sean O'Shea and Paudie Clifford gave Kerry a two-point lead as the tie looked to be turning in the Kingdom's favour.

Two Darren McCurry points in the third quarter kept Tyrone in touch but the Edendork forward also saw black for a block on Gavin Crowley as the game approached the final 10 minutes.

Tom O'Sullivan made it 0-15 to 1-10 to Kerry but with two minutes remaining, substitute Cathal McShane found the net after Shane Ryan had parried Darragh Canavan's effort. 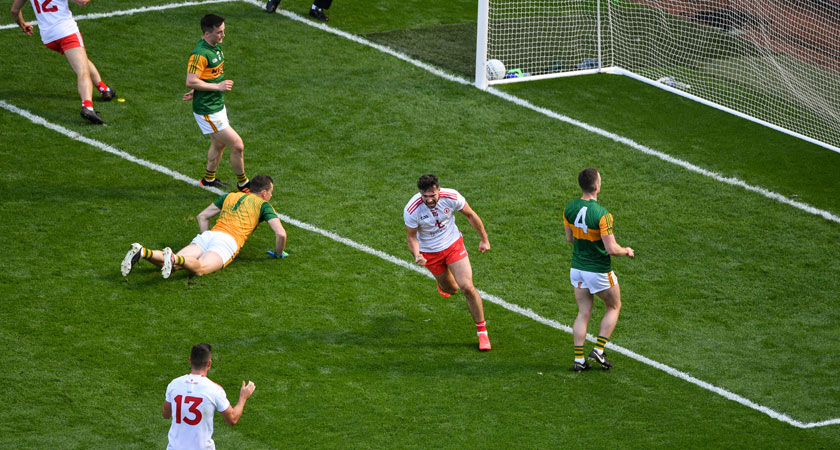 O'Shea restored parity and the sides couldn't be separated in nine additional minutes as it finished 0-17 to 2-11 in normal time.

With the influential David Clifford not coming back out for Kerry, Tyrone opened up a five-point lead.

McShane's brace of points were followed by a McKenna goal, capitalising after a poor clearance from McGeary's effort.

Remarkably, Kerry then hit 0-5 to Tyrone's 0-1 to make it a one-point game with five minutes of extra-time remaining.

However, the Kingdom could not find the equaliser to force penalties, meaning Tyrone will meet Mayo at Headquarters on September 11.