As PATRICK Halpin was yesterday laid to rest in Galway  questions still remain over the cause of the tragic teenager's death; why it took so long to find his body and why his family had to endure the painful false hope that he had been discovered alive.

18-year-old Patrick was found dead in London's West End on February 6 after a suspected fall from a roof.

The student from Loughrea, Co. Galway had been reported missing more than 30 hours previously and was last seen alive just metres from where his body was recovered.

The grim discovery came two hours after an “information mix-up” that led his family to be falsely informed that he had been located safe and well 27 miles away in Gatwick Airport.

As his devastated family continue to grieve it is unknown why an immediate search of where he was last spotted on CCTV did not recover his body sooner.

It is also unknown how Patrick ended up on a roof in Leicester Square after last being seen entering a Burger King restaurant following a night at a nearby bar.

An initial post-mortem carried out on his body last Tuesday proved inconclusive, with police no wiser as to what exactly happened to the teenager.

Timeline: How the tragedy of Patrick Halpin's death unfolded

“We don’t know how he got up on that roof or anything like that, we just know that’s where he was,” she said. “There are no words and that is just it.”

Patrick had been in London on a theatre trip with Dublin City University’s drama society. The actuary student was last seen leaving his friends in the Zoo Bar nightclub to get food from Burger King 100 metres away.

After his friends reported him missing to police the next morning, officers began to trawl through CCTV and placed a tracker on his phone. 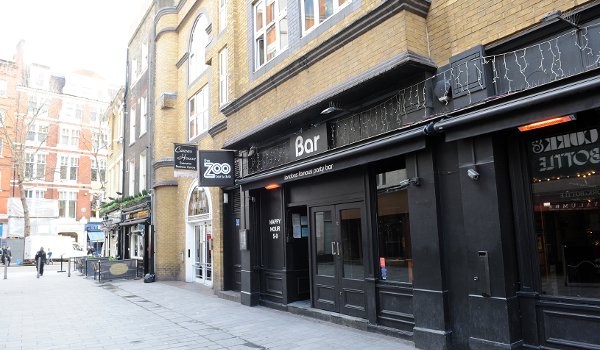 But it was not until Thursday evening, more than 30 hours later, that they found Patrick’s body on a roof in an alleyway behind Burger King and the Zoo Bar.

A spokesperson for the Metropolitan Police told The Irish Post the tracker on Patrick’s phone would have told officers where it was to “within 25 or 50 metres”.

But he would not comment on when it was activated or whether the phone was found on Patrick’s body.

CCTV showed Patrick entering Burger King but not exiting the fast food outlet. “We believe he may have fallen from one room to another roof and then died,” he added.

A spokesperson for Burger King said: “We are cooperating fully with the police on this matter and cannot comment further at this time.”

Referring to the mystery surrounding the cause of Patrick’s death and how he ended up on a roof, sister Regina said it was “absolutely devastating” not knowing what happened.

Miss Halpin, 22, said she was told Patrick had been found “looking like an angel” and described his death as a “tragic accident”.

Last week, Regina, along with her parents Paddy and Elsie, flew to London to receive the results of Patrick’s post mortem on Tuesday.

They then attended a memorial mass for Patrick in Kilburn, north London, which was organised by his British-based uncle Michael O’Connor.

Shortly after landing she was left elated when police were told by Gatwick Airport staff that Patrick had checked in to fly home with the rest of the DCU drama society.

But just 50 minutes later police declared it a false alarm after officers searched the plane to no avail.

Her brother’s body was found an hour later.

In a statement Miss Halpin thanked police for their “outstanding” work and support, as well as the thousands of people who joined the search effort by sharing Patrick’s picture online.

“We’d like to thank all the communities both at home in Galway and all across Ireland and here in London and in DCU for their relentless energy and their faith,” she said.