IN the wake of Brexit, Sinn Féin, Fianna Fail and Fine Gael have commented on the increased chances of  a referendum on whether to unite Ireland or keep the border between the North and south.

The Irish Post recently spoke to those from unionist backgrounds who are more open to a united Ireland after Brexit, however a poll in 2014 reported that 44 per cent of people in Northern Ireland would like to remain part of the UK.

We asked unionists to tell us why they are happy to remain in the UK. 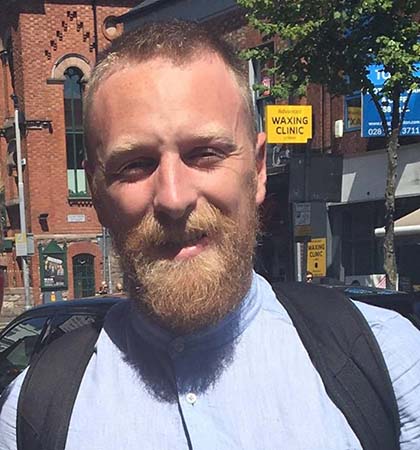 Brian John Spencer describes himself as a 'thinking unionist'

Brian John Spencer, 28, works as an artist in Belfast. He curated the @ireland twitter account during the week of the 12th July celebrations in the North (July 12 is the main marching day in the Orange Order calendar).  The @ireland account is operated by a different Irish person every week.

He was shocked at the level of criticism he received.

“I wasn't an advocate for any of the happenings of the Twelfth week, just a window. My single goal was to provide a window into the events around the Twelfth of July in Northern Ireland and to fill in the Orange gap in the Irish psyche.”

Brian, who sees himself as both Irish and British, says he is a “thinking unionist”.

“Until recently I was a unionist only because my parents were. Now I have looked at the facts and history and maintain that the Union remains the best arrangement for the wellbeing of Northern Ireland.” 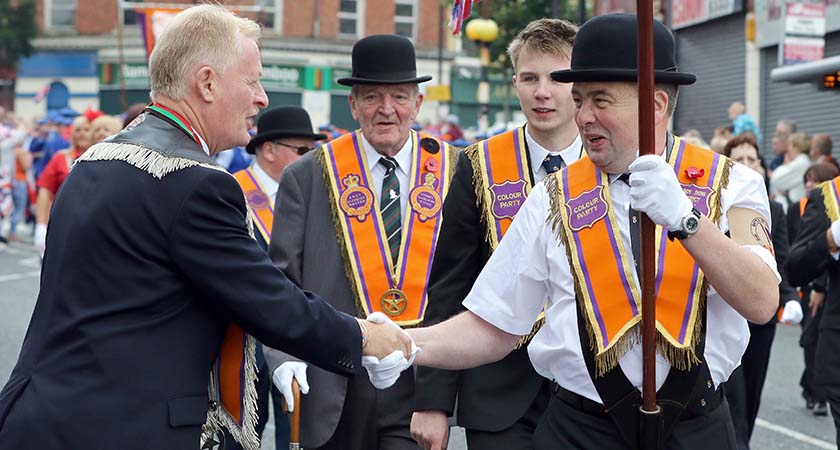 Simon Wiggens, 26, a tourism development officer at South West College, Enniskillen grew up 5 miles from the border with the Republic of Ireland, in Co. Fermanagh.

He is a member of the Orange Order and two Protestant marching bands.

“The Orange Order for me represents my faith (Protestant) my identity (Britishness), my history (British/Irish) and my Ulster culture (modern day Orangeism- bands, parades).”

Simon believes the media portrays the Order in a negative light, focusing on “trouble in one tiny pocket of Belfast” and that the community role of the organisation is overlooked.

“I guess outsiders may just associate the Orange Order with parades but it’s not just a once a year organisation. It operates throughout the year holding dances in Orange Halls, social events for young people, musical concerts or other forms of entertainment, such as sports events like football competitions.” 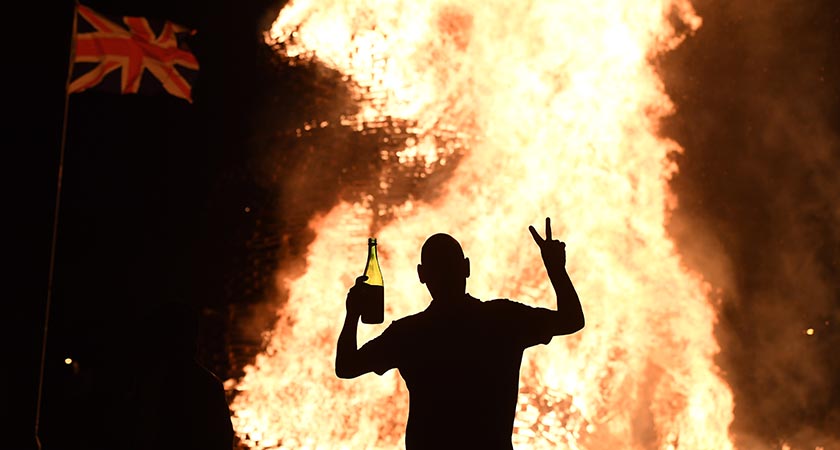 The lighting of the bonfires at midnight on the eleventh night mark the start of the annual twelfth of July celebrations within the protestant community. (Photo by Charles McQuillan/Getty Images)

Many unionists feel no connection to the Orange Order.

Olivia Budde, 20, is from Belfast and studying international relations at St. Andrews University. 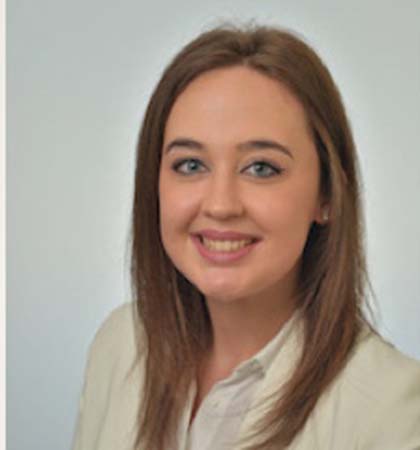 Olivia Budde from Belfast doesn't identify with the Orange Order

I think the issues about the Republic of Ireland’s perception of unionism is that is only seen in connection to the past, where it is linked to oppression and occupation. It is misunderstood that there are a lot of unionists who are not vocal, or who do not participate in events such as the 12th July, which can be very intimidating.”

Peter Shirlow, from Belfast is Professor of Irish studies at the University of Liverpool.

He takes issue that many outsiders “see unionism as flag waving, negativity and sectarian.”

“Unionism to me is about the nature of the social contract and consensus formed after WWII. The formation of the welfare state and then the building of a multi-national nation.

It is a sense of radicalism and vibrancy and to do with a sense of inclusion. It has, for me, little to do with nationalism or pride, but of a society that was the first to offer its people a birth to grave society based upon caring.”

In the North, there are those from nationalist communities that identity as unionists. 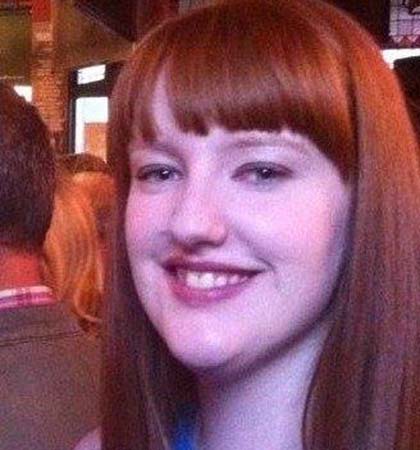 Torr Coggan is a unionist who had an integrated education

Torr Coggan, 24, from Waringstown, Co. Down works in the business sector.

She cites having attended integrated schools (which Protestants and Catholics attend), as key to her position.

“Integrated education gave me the opportunity to grow up without this preconceived notion of what a unionist or nationalist should be.

Unionism, to me, is about loving my country, being proud of being part of the United Kingdom.

I base my unionism on more than having sterling in my pocket or a flag on display, it is holistic as I base my views on economic, political and cultural ideologies.

This culture is a big part of my identity; along with my Catholic faith, education, and experiences in life, I have an intrinsic connection to it.”

She does not believe that unionism must be a polar opposite to Irish identity.

“I think that people from the Republic of Ireland, and indeed many parts of Northern Ireland, can misunderstand why I would identify as unionists and many feel that you have to be one or the other when it comes to national identity, and if you identify as a unionist you must dislike the south, or think Ireland is a lesser country, but this isn’t the case.

As a proud unionist I can still appreciate that Ireland is a beautiful country with a rich and vibrant culture.”