AN URGENT appeal has been launched to help find a man who is missing from his home in Kildare.

Brian Coyne, aged 24, has not been seen since he left his home in Kilcock, County Kildare on 27 December 2020.

Gardaí and Brian's family are extremely concerned for his welfare and have released a total of three missing person appeals since his disappearance more than a week ago. 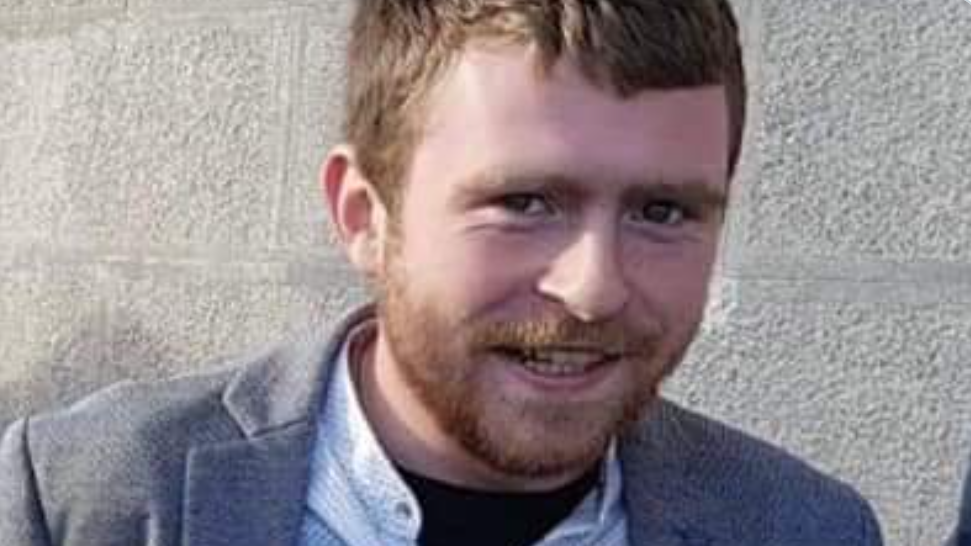 According to a statement from Gardaí, the 24-year-old left his phone at home when he left the house on 27 December, further worrying his desperate family.

CCTV footage released by An Garda Síochána shows Brian walking along the Meath Bridge in his hometown of Kilcock at 6.09pm on the evening of 27 December; this is the last known sighting of the missing man.

Gardaí have urged farmers in the area to check any outhouses or large fields on their propoerties in the hopes Brian may be located, and people across the country are asked to keep an eye out for him in their communities.

Brian Coyne is described in a missing person's report as being 5'11" in height, with a slim build, light brown hair and blue eyes.

When last seen, he was wearing a grey Superdry jacket, grey and wine-coloured hoodie, black tracksuit bottoms, a grey and navy knitted hat with a red stripe, and blue and white runners.

Launching the appeal for information, a Garda spokesperson said:

"Gardaí and Brian's family are concerned for his welfare.

"Anyone who may recognise Brian from the CCTV still or who was in the area of Meath Bridge, Kilcock between 5.45pm and 6.30pm on Sunday, 27th December 2020 is asked to contact Gardaí."

Anyone with information as to Brian's whereabouts are urged to immedately contact Gardaí in Leixlip Garda Station on 01 666 7800, the Garda Confidential Line on 1800 666 111 or any Garda Station.

By: James Conor Patterson  -  11 minutes ago