MICHEÁL MARTIN has confirmed plans are afoot for a “virtual” edition of the traditional shamrock ceremony involving dignitaries from the US and Ireland.

A tradition dating back to 1952, when Ireland’s ambassador to the United States, John Hearne, sent a small box of shamrocks to US President Harry Truman, the Taoiseach had hoped to meet Joe Biden face-to-face as part of the ceremony this year.

Unfortunately, the ongoing coronavirus pandemic put paid to those plans, for the second year running.

The annual fixture will continue, however, in some shape or form according to Martin.

“We will mark the occasion of St Patrick’s Day, obviously virtually,” he told The Journal.

“The precise details haven’t been ironed out yet.”

Biden is a proud Irish-American with family roots in Carlingford, Co Louth, and has made no secret of his desire to forge a strong bond with Ireland.

That sentiment is reciprocated by Martin, who revealed a virtual passing over of the traditional bowl of shamrock could take place this year.

“There could be, there could,” he told The Journal when asked about the plans.

The Taoiseach remained coy on the details, which he happily left to “those with imaginations to devise the appropriate way to mark it on this occasion – but we will mark it”.

Biden was previously rumoured to be weighing up a visit to Ireland this June.

While that may now come too soon given the slow pace of Ireland’s vaccine rollout, Martin reiterated his stance that the US President is welcome anytime.

“We would love to have him in Ireland,” he said.

“We would give him a very warm welcome.”

The Taoiseach added: “There is a standing invitation to him and he is very keen to come to Ireland.” 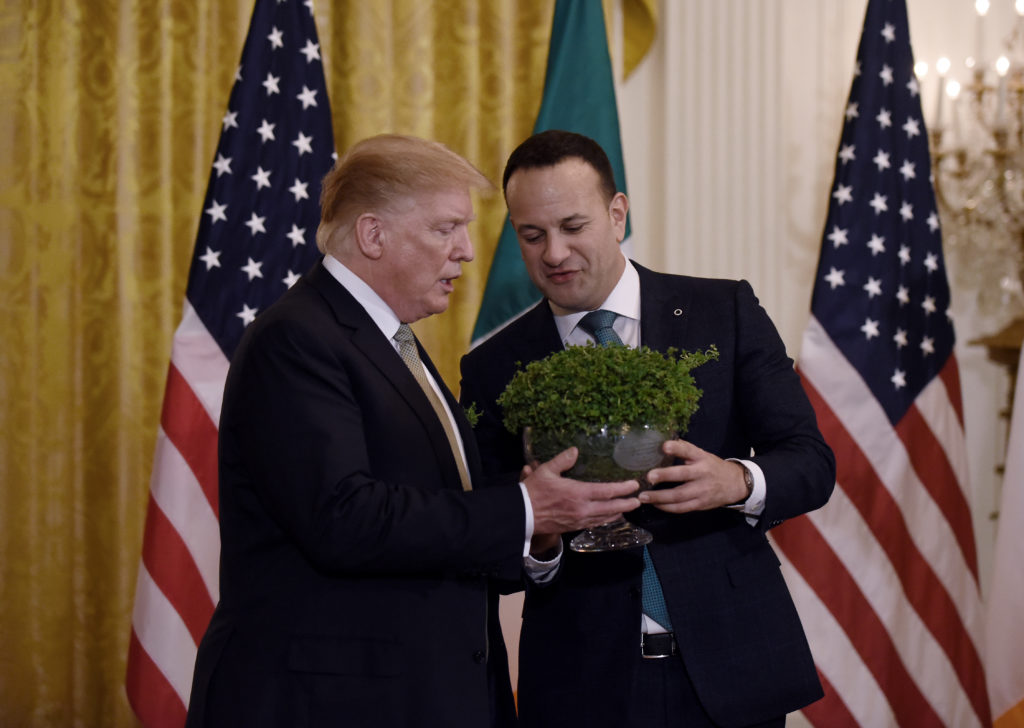 Martin previously suggested he would be happy to receive a vaccine early and fly to the US in spite of Ireland’s ongoing travel restrictions, “if invited”.

However, Biden’s Press Secretary Jen Psaki admitted that it will be “a couple of months” before the US President visits anyone or invites anyone to the White House.

“It will be a couple of months before the president has an in-person or invites a foreign leader to meet in person here at the White House,” she said.