US Congress to vote on reaffirming support for Good Friday Agreement

POLITICIANS IN the US House of Representatives are today preparing to vote on the future of trade between the US and UK in the event of a No-Deal Brexit.

Essentially, the vote is on reaffirming support of the Good Friday Agreement: the bill will urge both the UK and EU to ensure that Brexit does not threaten the tentative peace which has prevailed since the agreement was put in place, with particular focus on preventing a return to a hard border on the island.

The bipartisan bill, submitted by Democratic Congressman Thomas Suozzi and Republican Congressman Peter King, also seeks to ensure that any US-UK trade deal after Brexit sticks to the rules of the Good Friday Agreement, "to ensure a lasting peace in Northern Ireland".

This bill is a reiteration that Congress will not support any trade deal between the US and the UK if it is detrimental to the landmark peace treaty--  in July, a 54-strong organisation within Congress called Friends of Ireland confirmed that they would block any transatlantic trade deal if Brexit resulted in a hard border in Ireland. 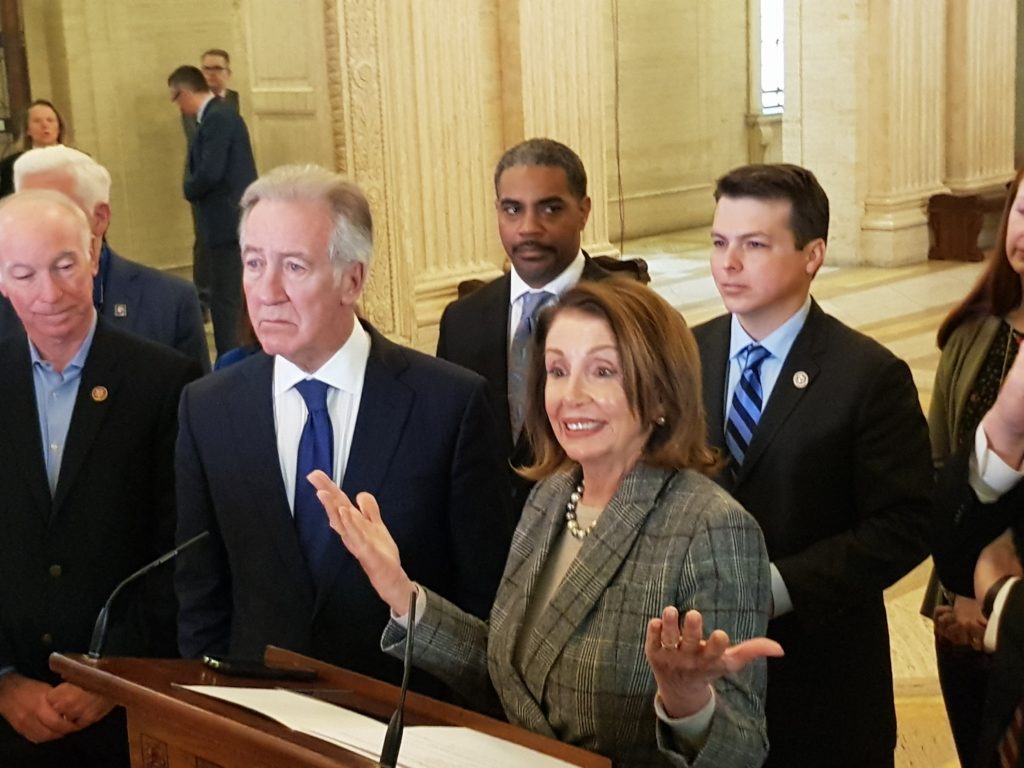 Some of the members of Congress who had voiced their support of the Good Friday Agreement visiting Stormont in April (Image: Peter Kelly)

At the time, Representative Richard Neal told The Guardian that "The American dimension to the Good Friday agreement is indespendable," and that "I would have little enthusiasm for entertaining a bilateral trade agreement with the UK if they were to jeapordise the agreement".

Several weeks later, in August, House Speaker Nancy Pelosi repeated the sentiment in a statement, where she said "Whatever form it takes, Brexit cannot be allowed to imperil the Good Friday Agreement, " adding "We cannot go back".

The bill will be debated in the US House of Representatives later today, with a vote taking place this evening.