Vegetarian food products could be banned from featuring words like burgers, sausages or bacon

VEGGIE BURGERS and Quorn sausages could soon be a thing of the past under EU plans designed to crackdown on food labelling.

According to The Guardian, the European parliament’s agriculture committee has approved a ban on vegetarian food manufacturers using terms traditionally associated with meat products, following an initial vote on the topic.

Under the proposals, the use of words like steak, sausage, escalope, burger and hamburger would also be prohibited.

The legislation was put forward by French socialist MEP Éric Andrieu who described the change as “common sense”.

“The meat lobby is not involved in this,” he said. “It has generated a considerable debate among the political groups and a large majority wanted to clarify things.

“Particularly in the light of history, the history we share, you can have a steak or burger, you can’t call it something else.” 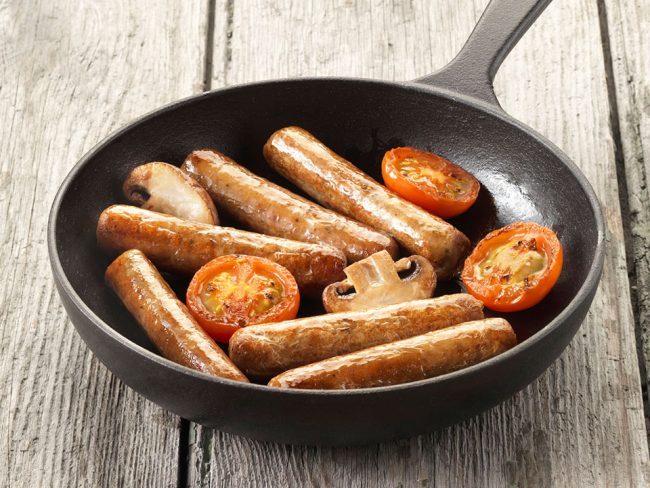 The proposals are being opposed by Greenpeace and other NGOs who view the decision to protect such terms as a potential blow for the sustainable food industry.

Andrieu, however, has argued that the change could offer an opportunity for vegetarian brands to “make their mark”.

The revised regulation passed an initial vote with an 80% approval but won’t be voted on by the full European parliament until after May’s European elections.

They will then be put to member states and the European commission.